Counting On viewers are comparing Anna Duggar’s appearance before and after her wedding night. They are stunned to see just how tattered she looks after being married to Josh Duggar for a short time. Scroll down to see the before and after pictures, as well as to see what Duggar fans and critics have to say.

If you’re a longtime Duggar fan (or critic), you may have watched Josh and Anna Duggar’s wedding on the episode titled, “A Very Duggar Wedding” in the 19 Kids and Counting series. Today, things look much different for Josh and Anna. They now have seven children, Mackynzie, Michael, Marcus, Meredith, Mason, Maryella, and Madyson.

And Josh is currently behind bars after being found guilty of two counts of child pornography. He will be sentenced on May 25.

Duggar Snarkers are taking a walk down memory lane and looking at the pair’s wedding photos. They noticed that Anna looks particularly tattered just days after she and Josh married.

The photos on the right were taken a few days after their wedding night. Duggar family critics can see a major difference in Anna’s appearance after she became “joyfully available” to her new husband. Some of the photos show a more obvious change.

You can see all of the photos in this post. 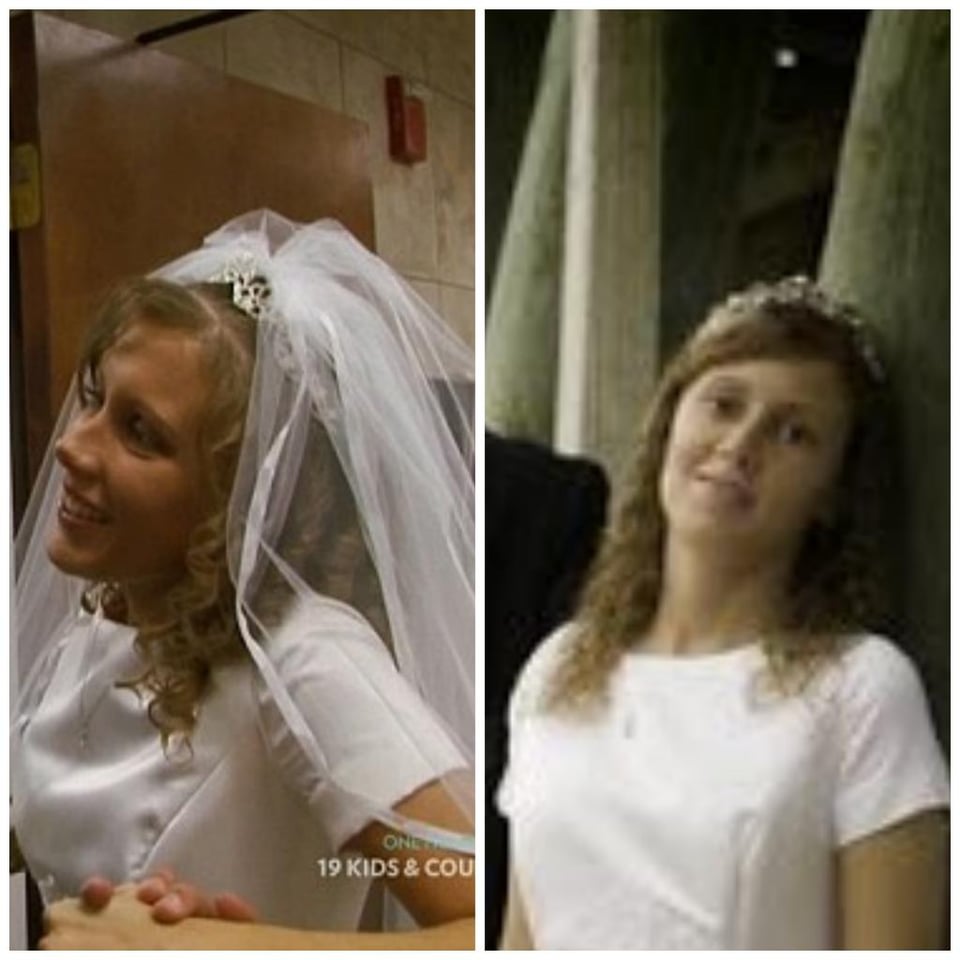 Ever since I learned that their depressing wedding session was a few days after having to make herself joyfully available to Pest vs right before. The desperation of the courtship makes sense. from DuggarsSnark

In the comments section of the post, snarkers have a lot to say. They think the contrast is very obvious and very sad. Here’s what some are saying:

Others think she looks “worn-down” or “broken.”

Someone else talks about purity culture and how that might have caused Anna’s demeanor to change. They say, “When your entire self worth is wrapped up into being pure and then suddenly you’re not, that can be traumatizing. For her whole life to this point she was a virgin, pure and waiting for God to send her husband to her.”

So, what do you think of the contrast between Anna Duggar before and after her wedding night? Do you think that she looks tattered? Share your thoughts in the comments section below. For more news about the Duggar family, come back to TV Shows Ace.