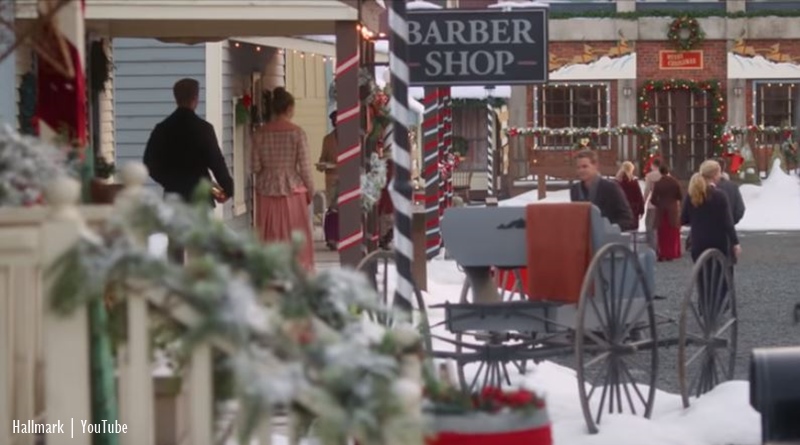 When Hope Calls comes to Hallmark’s streaming service this summer but there’s not much known about the When Calls the Heart spinoff. However, following the Christmas special, The Greatest Christmas Blessing that aired on Christmas Day,  a few spoilers and hints finally make sense. Plus, the Hallmark snippet/ad helped cement the basic storyline in more than wishful thinking.

‘When Hope Calls’ arrives in summer

Brian Bird, the exec producer of WCTH TV said on Twitter that fans should be able to get some clues about When Hope Calls by watching Season 6 of When Calls the Heart. His tweet back in July 2018, said, “Can’t wait 4 #Hearties 2fall in love all over again with the world inspired by #JanetteOke’s CanadianWest series… yet another new Family series we are creating 4 U with a new town & new characters. #WhenHopeCalls will premiere on #HallmarkNow. Watch 4 clues in S6 of @WCTH_TV.”

When Calls the Heart premieres February 24, a month shy of spring. As summer only starts in June, that brings plenty of opportunities for Hearties to work up some fan theories for the new spinoff. We already know the series comes with the same sort of feelies as WCTH from the official announcement. The press release said that Crown Media Family Networks’ first streaming series hopefully succeeds because of the success of WCTH.

Bridging ‘When Calls the Heart’ and ‘When Hope Calls’

Jack Wagner brought us a hint of how Hallmark will bridge the series seasons. On Christmas Eve, TV Insider published an interview with Jack Wagner, who plays the role of Bill Avery in the series. He explained that the reason for the standalone films about WCTH is to bridge the main series. Of course, it also helps to pull in more viewers for the series itself.

In the case of this year’s The Greatest Christmas Blessing, the bridge not only helps audiences become acquainted with life after Mountie Jack Thornton (Danel Lissing) in WCTH. In fact, it helps to bridge with the new upcoming When Hope Calls series. The movie, (without giving away too many spoilers), showed the orphans that were stranded on their way to their new orphanage. In the Christmas spirit, the community came together to make something special for them.

If you’re thinking as many fans did, that the Christmas story could have been done without a bunch of orphans, there’s every indication this was the bridge to the new Hallmark series. This was picked up by a sharp-eyed follower who mentioned it on Twitter in the tweet below:

Presumably, the orphans move on to a new town and start their new lives to keep Hearties enthralled for more years to come.  Brian Bird pretty much confirmed it in this tweet:

There's new chapter beginning in #HopeValley and you now have an idea about what #WhenHopeCalls will be about. We hope you will stay with us for the S6 adventure of one show and S1 of a new show. #WCTH @WCTH_TV @hallmarkchannel #Hearties

Cast characters for ‘When Hope Calls’

Hallmark’s keeping the cast close to their chests. Nevertheless, we know of at least two new characters. They debuted in the movie as the caretakers of the orphans. Lillian was played by Morgan Kohan and Grace by Jocelyn Hudon.

Fans hoping to see some of the old characters from When Calls the Heart need not panic too soon. What Brian Bird said on Facebook, was that we would see some new characters. He did not say we won’t see any old characters. So, we just have to hope that plays out in the new series.

Where can you watch the new ‘Hope Calls’ series?

Other wishful fan theories are that Jack never died and comes back and he and Elizabeth set off to look after the new Hope Calls orphans. That’s about as hard to factor in as the possibility of Elizabeth marrying someone else and then discovering Jack didn’t die after all. Daniel Lissing chose to leave the show so it really doesn’t look like he will return.

What do you think of the new When Hope Calls series by Hallmark? Will you pay to watch it? Does this mean the end is nearing for When Calls the Heart? Let us know your feelings by sounding off in the comments below.