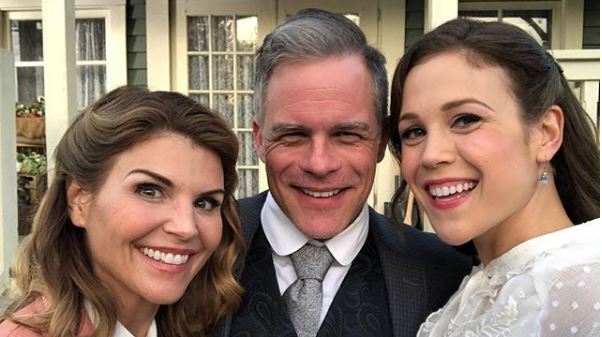 When Calls the Heart fans were really excited to watch the big Christmas movie tonight. After the movie, rumors started flying that when Season 6 airs starting in February that this will be the final season. Co-creator Brian Bird is speaking out about these rumors.

Brian shares if the show is ending

A fan asked Brian on Twitter if this was really what was going on. Luckily, Brian was nice enough to respond and share if this was true or not. Here is what he shared on Twitter.

Don’t believe everything you read on the internet. No truth at all to this speculation. Gossip and rumors and trolls just being trolly. And the ratings point is nonsense. There have been no ratings measured since Season 5 ended because the show has not been on. https://t.co/KOIs208rSb

It is unknown at this time who the woman is that was sharing all of these things she says are spoilers. There could be a bit of truth to it, but Brian is clearing it up for now. Notice that he didn’t even mention the spin-off. The new show is a reality. It has already been shared that When Calls the Heart is getting a spin-off show and it will air on the paid channel Hallmark Movies Now. This show is expected to come out in 2019. It is said to be about a new town and new characters. Everyone that loves When Calls the Heart is going to be interested in seeing this new show.

Hey @loriloughlin – don’t be upset that @johnstamos watches @wcth_tv for ME… He just relates to Elizabeth most! 😉🤰🏻💛

One thing to know is that during Season 6 of WCTH you will get to see a few small clues about the new show. This is going to help get the fans excited to watch it. This will probably help Hallmark to get a few new subscribers to their paid channel simply so they can take advantage of watching When Hope Calls. Brian Bird did share in the past that this new show doesn’t mean that WCTH is coming to an end.

It is great that Brian is so open with the fans and shares what is going. If you check out his social networks, he is always answering their questions.