What would Bachelor in Paradise be if producers didn’t send a few villains to stir the pot a bit? It looks like if rumors are true, then one villain will be heading to the beach for Season 8. So, who is reportedly going to BIP? Keep reading to find out more.

It was revealed on a podcast this week that there is a villain possibly heading to Bachelor in Paradise. Love To See It podcast shared details about who this villain is and also who didn’t get an invite to the beach.

According to the podcast, Shanae Ankney from Clayton Echard’s season of The Bachelor is set to join others on the Mexico beach. Shanae made headlines for her manipulative ways. She also tried to sabotage multiple relationships forming with Clayton. Shanae was never sorry for how she acted on the show. 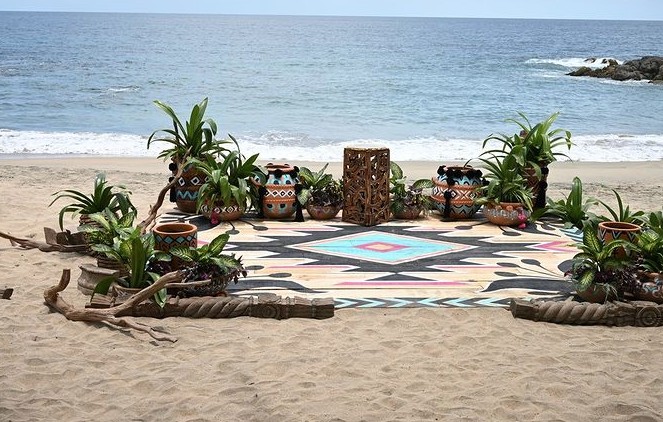 In fact, when Clayton learned Shanae had thrown a trophy into a pond, he confronted her. Shanae said she was sorry and would apologize to the girls. She whipped up a few fake tears and apologized. In a confessional, she admitted it was fake. She said, “That was the hardest thing I have ever had to do in my entire life, apologize to people that I wasn’t sorry for. I’m not sorry, hoes. You mean ****s. I need an Oscar award for that performance. Fake it till you make it. I never thought I could act before, but I’m good.”

The women on the show couldn’t wait for Shanae to leave. Finally, she and Genevieve went on a two-on-one date that ended with Shanae’s departure.

What will she be like in Paradise? If she really goes to the beach it’s hard telling if she will be the same person she was on The Bachelor. Or, will she completely show the world a different side to her?

Shanae wasn’t the only villain on Clayton’s season. Before Shanae took over that position, Cassidy was the one who had the title. If rumors are true then she will also be joining the others on BIP.

However, there is one person who was reportedly not invited to Bachelor in Paradise. That person is Elizabeth Corrigan. Recall, that Shanae made fun of Elizabeth for having ADHD. She caught a lot of heat for the move. But, for some reason, Elizabeth was sent home and apparently not given another chance to find love on the beach.

For now, all of this is pure speculation and not confirmed to be true. No doubt the cast list will leak out as the season gets closer to filming.

What do you think about Shanae possibly heading to BIP?