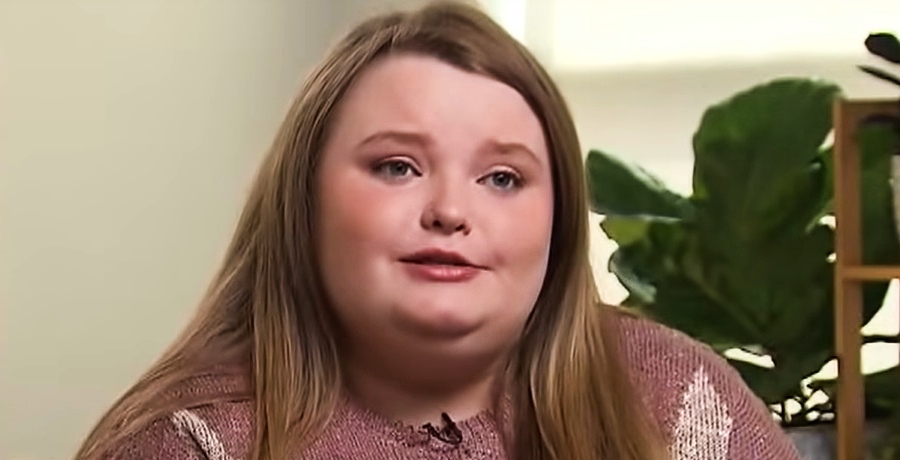 Child stars often go through a lot as they grow up. And Alana Thompson is ready to put the “Honey Boo Boo” moniker behind her and move on.

TLC canceled Here Comes Honey Boo Boo in 2014, but that hasn’t stopped fans from wondering about the family. The spinoff, Mama June: From Hot To Not, aired in 2017. Over the years, fans feel like they got to see Alana grow up. But she isn’t the child star she was back in the day.

Alana Thompson is 16-years-old now and is very tired of her old nickname.

“My mama did not name me Honey Boo Boo. My name is Alana,” she told Teen Vogue just before her birthday last year. She added that it’s really hard for some people to see her as a teenager now and that many people still think of her as the child they saw on TV. And that isn’t something Alana will stand for.

“To be honest, I do not have many friends. At all,” the teen continued. “I don’t trust nobody really, so I don’t have friends.”

It’s not a secret that many viewers watched Here Comes Honey Boo Boo to poke fun at Alana’s family. They seemed to embody the stereotypical Southern redneck family and few people took them seriously. But now that Alana Thompson is older, she hopes to change some minds.

And that includes body shamers too.

“Just because I got a little bit of extra meat on my bones, you want to hate me? I’ll never get body shaming,” Alana continued in her interview. She said that as long as she liked herself, she felt good.

Although Alana Thompson grew up on television, that doesn’t mean life has been easy for her. In 2019, Mama June was arrested on possession and drug charges. Lauryn “Pumpkin” Shannon got custody of Alana in the aftermath.

“A lot of folks in this world do not realize how many people are actually really affected by drug and alcohol [use],” Alana told Teen Vogue. “It’s very, very hard. It’s something I’d wish on nobody, for real.”

She went on to say that Mama June is doing her best to recover and get back on the right path. It’s a struggle, but they’re all working on it together as a family.

“When my mama got real bad with her [drug use], I didn’t know where I was going to end up,” Alana says. “I’m proud of myself for how far I’ve come.”

If you want to keep up with Alana Thompson and the rest of the family, be sure to follow TV Shows Ace online and on social media too.