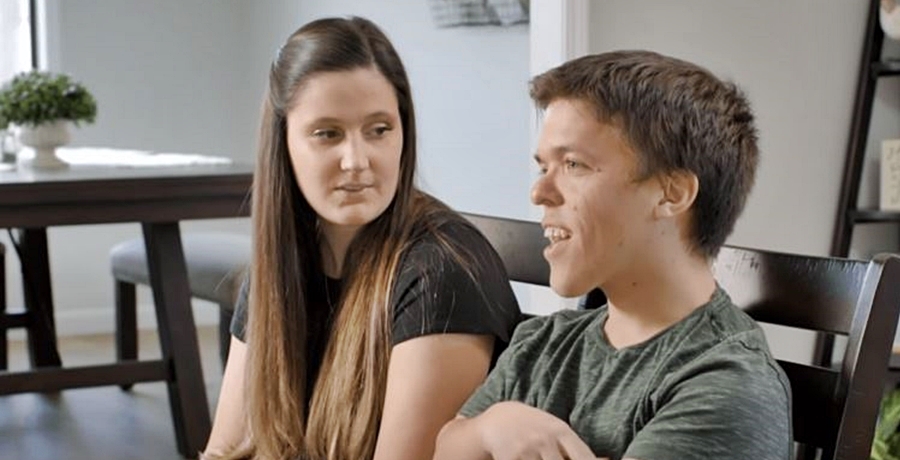 LPBW star Zach and his wife Tori Roloff talked about considering buying the farm last year. Actually, he’s the one son who hung around and helped his dad run it for years now. Jacob left and went off on his travels. Meanwhile, Jeremy and Audrey wanted the farm, but don’t seem to work there much. Meanwhile, Matt bought out Amy. So, fans wonder if Jackson’s mom and dad might move there permanently. Did they do that? Read on and find out.

In October last year, Amy seemed shocked when her son suggested that he might be interested in buying the farm. Quite why, seems a bit odd as he worked there for ages with his dad. Anyway, at the time, Amy seemed shocked about everything. Recall, she and Matt argued over her hoarding and how she took forever to finish moving out. In the last season of the show, Zach talked about maybe moving onto the farm. He noted that he and Tori discussed it. He said, “We’ve talked about maybe we can move in here.”

LPBW star Zach and his wife Tori Roloff might have some competition from Jeremy though. In March this year, we noticed that Jeremy started sharing more photos of his kids on the farm. So, some fans wondered if he’d buy it. Since then, Audrey complained on Instagram that they tried buying the farm, but Matt turned them down. In fact, even more recently, Matt told Little People, Big World fans that he wants all of his kids to own something in the business.

Did Jackson, Lilah, and their parents move into the farm?

Fans of LPBW star Zach and his wife Tori see a lot of her with the kids on the farm in the current season of the show. In fact.  she was there when Caryn found an injured owl. Plus, in the teasers by TLC, she’s seen quite often hanging with Caryn. Jackson also features in photos and clips out and about on the farm. Do, fans wonder if they relocated from their house in town. Well, judging by Tori’s Instagram, they still live in town. Actually, she recently complained about beehives behind their home.

While they didn’t move yet, that doesn’t mean the Little People, Big World couple don’t still consider it. Actually, Distractify made a very good point. They noted that with Tori’s photography business, there’s an opportunity for LPBW star Zach and Tori Roloff with the farm being a wedding venue. They might breathe new life into that.

What do you think will happen? Do agree that moving to the farm might breathe new life into the place? Sound off in the comments below.

Remember to check back with us for more news and rumors about TLC’s LPBW star Zach and his wife Tori Roloff.