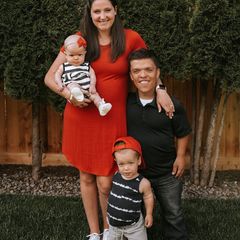 Fans of Little People, Big World often wonder what will happen to the family farm. This comes amid Amy Roloff and Matt Roloff’s divorce. The season finale airing on Tuesday may give fans a big hint about the farm’s fate.

Zach Roloff talks to his mom and dad about wanting to purchase the Roloff farm. He wants to buy it for his wife, Tori Roloff, and their two children. It seems that Zach has big plans for the family farm.

What does the LPBW sneak peek show?

In the sneak peek of Tuesday’s season finale of Little People, Big World, Zach musters up the nerves to talk about the future of the farm. “I’m a little nervous to tell my mom I want to buy the farm because I’m not sure what her reaction will be,” he admits. While walking through the big empty house, Zach throws out the idea of moving in by his parents. “One thing Tori and me talked about, we’ve talked about maybe we can move in here,” he says. “Maybe we can be the ones that take over the farm, buy the place.”

Roloff Farm has so many family memories

Amy and Matt Roloff lived on the family property, which the former couple both owned, for roughly 30 years before they decided to divorce in 2016. The two raised twins boys Zach and Jeremy, daughter Molly, and their youngest son Jacob, on the farm. They all have fond memories of the property and want the large farm to stay in the Roloff family. 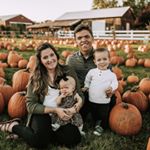 Amy is “shocked” by Zach’s mostly because Zach had no previous interest. Jeremy has been the only one to show interest in the farm. “I think I was shocked that I couldn’t even respond,” she says. “It was definitely a surprise,” per to People.com.

Do the kids help on Roloff farms?

Jeremy and his wife, Audrey Roloff, have spent most of their time together raising their kids, writing, blogging, and being Instagram influencers. Zach has spent most of his time helping out at Roloff Farms while spending time with his family. Jacob Roloff has remained off the show due to his negative feelings for the allegedly contrived drama. Their daughter Molly Roloff is also rarely featured on the show and has her own busy life to deal with. So, Zach may be the only one that has time to spend on the farm to give it the attention it needs.

What do you think will happen to the Roloff farm? Let us know in the comments down below.