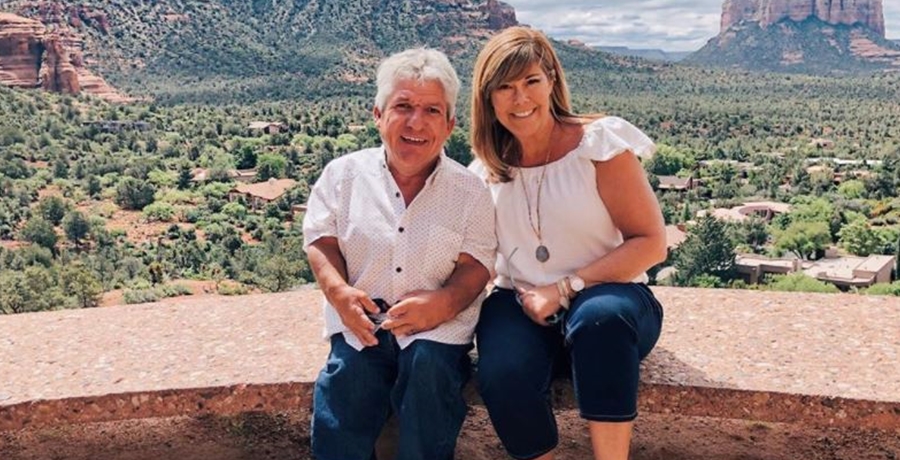 LPBW fans know that Caryn Chandler used to work on the Roloff farm and in a teaser, it revealed her in the thick of things when an intruder appeared. Quickly, she called Matt and he responded. Tori and Jackson were also there at the time. Actually, a bonus scene on TLC revealed that they did nearly everything right when they tackled the problem.

Fans of Little People, Big World know that Caryn Chandler keeps chickens on the farm. In fact, she seems very much a part of the whole family and operations there. Plus, she features on the TLC show. While she picks up criticism from Team Amy, Matt’s followers really like her. Recall, Matt and Amy divorced and she alleged that he and Caryn cheated on her while she was married. However, Matt denied it. Anyway, the split definitely divided fans of the show into two camps. So, often critics slam Caryn just for being on the show. Mind you, Matt defends her honor and told critics she has a “brilliant business mind.”

When Caryn’s rooster chased her and pecked at her feet, LPBW critics trolled on that post as well. Amy’s fans really think she’s just a gold digger and that she’s after Matt’s money. Meanwhile, fans who adore her and Matt together commented nicely. Bottom line, the Little People, Big World patriarch is not likely to give Caryn the boot and take her off the show to keep critics happy. In the current season, she features quite a lot. On Monday, June 7, TLC shared a clip on Instagram and she quickly made some decisions.

Intruder of the feathered kind – Matt Roloff to the rescue

In the bonus footage, a huge owl arrived and the LPBW teaser revealed that Caryn thought it was hunting as it swooped down to the ground. However, as she watched, it started hopping and staggering. Unfortunately, it went straight through the open door and into Matt’s house. There, it huddled down in a dark space and she knew she shouldn’t try and pick it up. After all, it had huge talons and really sharp beak. Then, Tori and Jackson arrived and Caryn told them they needed a box for it.

The LPBW star also decided she needed some help so she called Matt. When he arrived with another staff member, they brought a net. Quickly, they caught it and then covered it with a small towel so it would settle down. Finally, they placed it in a cardboard box and went off to take it to a safe place. Caryn said that she hoped the sanctuary could give it a shot at a good life. Meanwhile, Matt commented that there’s “never a dull moment” on the farm. Additionally, he said it was a “good experience” for Jackson.

According to The International Owl Center, they made the right decision by placing the owl in a cardboard box. Just as Caryn did, they also recommend a towel over the bird and keeping its wings firmly held down. You can watch the full bonus scene HERE.

Remember to check back with us often for more news and spoilers about  TLC’s LPBW.