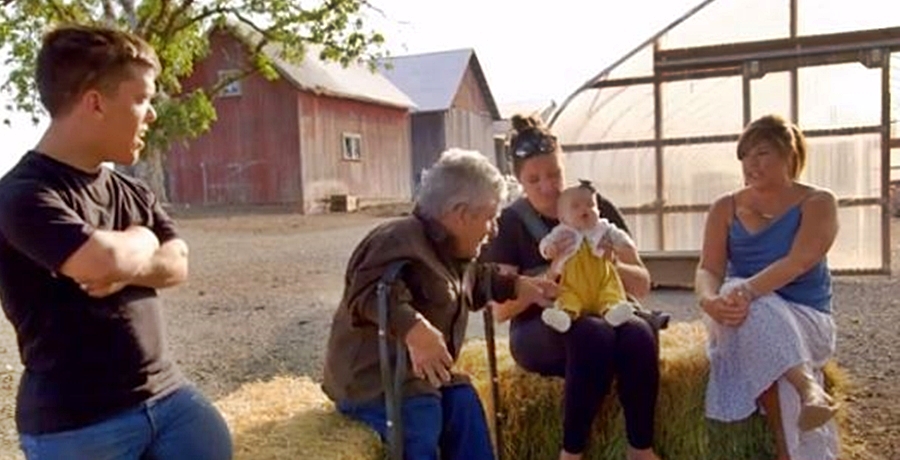 Matt Roloff from LPBW and Caryn Chandler joined Tori and Zach as they discussed the Pumpkin Season festival that they hold on the farm. In the current season, fans see that Amy plans her wedding, Jackson’s got some health issues, and the patriarch and his girl still seem pretty tight. When TLC posted up a teaser for Little People, Big World this week, Matt defended his girl. What was that all about?

Little People, Big World fans know that last year, big changes came along for the Pumpkin Season festival. Some tough decisions meant that they scaled the popular event way back, but they went ahead with it anyway. Of course, with his health issues, that put Matt at risk of the coronavirus. Additionally, they hoped that hosting the event safely might also protect visitors to the farm. While many features closed, they managed some walking tours and a few new replacement activities.

In the new season, fans see Zach, Tori, and Caryn join the patriarch as they discuss the Pumpkin Season once again. Additionally, Matt Roloff offered LPBW star, Amy, the use of the farm for her wedding. Meanwhile, fans who hope for a wedding between Matt and Caryn Chandler still await them tying the knot. Actually, he hinted in the past that they won’t marry until Amy enjoys her big day. Plus, he also hinted that he might marry her without fanfare one day. So, why did he need to defend her honor this week?

A critic has an issue with Zach’s dad’s girlfriend

Last week, fans saw that Zach now considers becoming a co-owner of the farm instead of just working for his dad. Much like Amy, Zach seems way more budget-conscious than fans see Matt Roloff acting on LPBW. Now, in the new teaser, Caryn Chandler and Tori join the two men as they discuss the expenditure and changes for the Pumpkin Season festival. Naturally, Matt wants to spend money. Meanwhile, Zach’s cautious and feels they shouldn’t invest in a new mule. After all, they already have more than enough of them for private tours.

During the discussion, fans saw that Matt Roloff and LPBW star, Caryn Chandler, along with Tori and Zach all chipped in their thoughts. In fact, she and Tori laughed and looked at ease with each other. Anyway, in the comments along came a critic. They wrote, “I can’t understand why Matt girlfriend have [sic] anything to say. They’re not married ijs.”

Quick to defend his partner’s honor, Matt replied. The Little People, Big World star said, “because shes [got] a brilliant business mind.” He also added, “I find that very intriguing.”

What do you think of his explanation? Sound off in the comments below.

Remember to check back with us often for more news about Matt Roloff from LPBW and his girlfriend, Caryn Chandler.