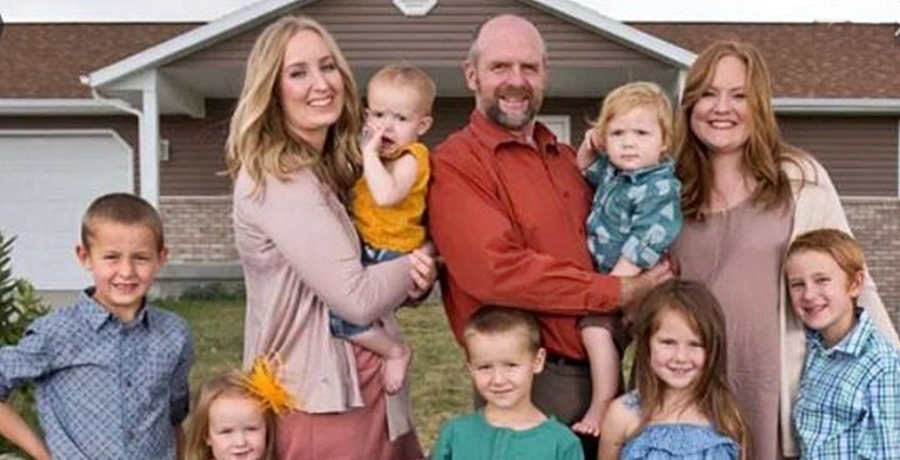 Seeking Sister Wife returned with Season 3  just when TLC fans gave up on expecting it. However, the popular Alldredges didn’t return. Fans often wonder why, as they came with a complex and interesting backstory. Obviously, plenty of fans messaged the family so they answered some questions on Facebook on April 13. They also shared a photo of baby Chloe Vienna Esther Alldredge.

Seeking Sister Wife – about the family

In July last year, Jeff Alldredge added a new wife to his family. Already married to Vanessa and Sharis, Donna and her daughter, Evelyn joined the family. For some reason, Jeff kept that detail off social media for some time. Previously, he and his wives tried for another wife who also had a child, but it didn’t work out. When Donna joined the family, her daughter raised custody issues, so it landed up in a drawn-out court battle. In fact, Jeff couldn’t find the legal fees so he started a GoFundMe.

Seeking Sister Wife fans were slow to donate. After all, it all went down during the coronavirus, and fans really struggled with their own incomes.

Actually, the first season of the TLC show revealed a complicated arrangement with Jennifer Linnerth. She seemed keen on joining the family but snuck out of it by faking her own death. So, that intrigued fans of the show. One of the main reasons for her exit is that Jeff’s home had no running water. Another wife also featured in Jeff’s life, Cynthia Alldredge. However, they separated years before. Maybe she also objected to life without running water. The father of many children intrigued fans who looked forward to their return in Season 3, but it never happened.

Seeking Sister Wife star Sharis wrote out a Q&A on Facebook on April 13 and mentioned springtime on the farm. Saying that “life’s good,” she mentioned new animals and better weather. She also told fans that Donna’s ongoing court case continues. However, “due to a lot of legal mumbo jumbo, we can’t give more details… just yet.” Actually, while she didn’t say it, the Alldreges might have turned down Season 3 because of that. Well, at least in part.

The Seeking Sister Wife family also addressed other reasons why they stayed off the show this season. Sharis told fans that the Alldredges “don’t like the direction…of the show in the current season.” She added, “the direction our family is heading in [isn’t] really compatible. 🙂” Actually, a lot of fans also seem unhappy with the direction of the show. It seems way more focused on sexual liaisons than before.

What are your thoughts on the direction that Seeking Sister Wife takes this year? Are you still enjoying it? Or, do you understand why the Alldredges stayed away? Sound off in the comments below.