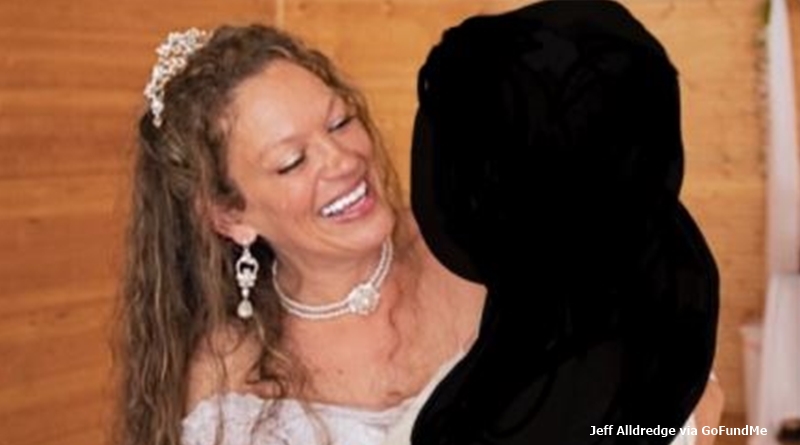 Seeking Sister Wife fans met Jeff Alldredge and his two wives, Vanessa and Sharis on the TLC show. So far, it’s not clear if the show returns with another season. But, after the show, news came that Jeff married Donna. She brought her daughter Evelyn into the union. And now, Jeff started a fundraiser as they fight for custody.

We reported earlier this year, that Donna quietly joined the family. They shared about it on Facebook and noted that Donna came along with Evelyn. Their photos showed a very happy looking family. Fans shouldn’t confuse Donna with the woman they saw in the TLC show. That relationship didn’t work out for them. But clearly, Donna did. And it seems the family took her and her daughter into their hearts.

Sad news comes now, that Donna’s family hates the idea of her living a polygamous lifestyle. And, while they never named Evelyn, they probably speak about her on a new GoFundMe. Jedd Alldredge wrote all about how even after “150 years” people still condemn the practice of multiple marriages. And, unfortunately, that applies to Donna. So, the My Sister Wife family fights a legal battle right now that they can’t afford without help. 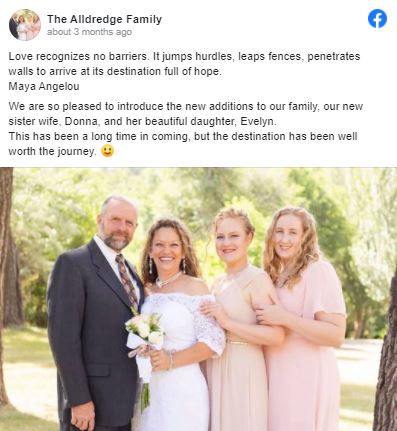 The GoFundMe, posted up by Crabtree Mosfitt on behalf of Annie Allred, cited Jeff Alldredge. He said that a child got taken away. He noted that after the marriage, they suffered from”severe prejudice and persecution against our way of life and, in particular, Donna’s specific family life.” Now, a “critical custody dispute” comes Donna’s way because she joined the polygamous family.

Reaching out, the Seeking Sister Wife family asked for whatever people can afford to donate. Apparently, the legal costs stretch way beyond their means. They desperately try and “reunite mother and daughter.” The post goes on and explains how hard their community fights for recognition. Jeff added, “We have been fighting for years against the persecution of our lifestyle, and still there are those who think it is acceptable to deprive us of our rights and to treat us like second-class citizens.”

Possibly though a lack of publicity, the GoFundMe goes slowly. Four days old now, they only raised $1,685 on the first target of $10,000. And so far, only 13 people donated to the Alldredge family appeal. The top donation came in at $600, and then down through the amounts to as little as $10. Clearly, people who donate put in what they afford. And, it looks like the Seeking Sister Wife family could use a bit more support.

What do you think about the sad custody case that Donna and the Alldredge family face right now? Sound off in the comments below.