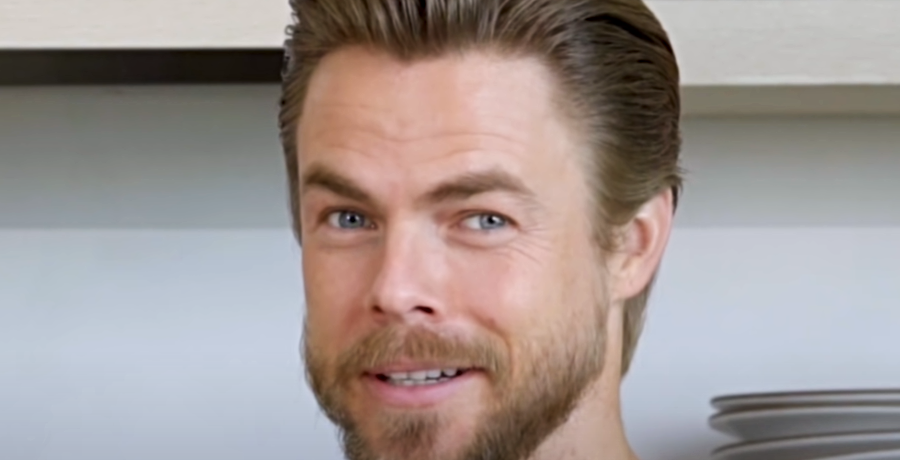 After four seasons on NBC, World of Dance is no more. So what’s next for the show’s superstars, including Derek Hough?

Derek filled in for Len Goodman on Dancing With The Stars Season 29 during the pandemic. All signs indicate that the show will have some safety restrictions if it returns for Season 30. Since Len Goodman is getting older and has a few health issues, he may opt to sit out Season 30 too. Could Derek Hough now be a permanent fixture of the show?

World of Dance is over, so could Derek Hough really come back to Dancing With The Stars?

Fans gossiped about the possibility that Derek Hough may be Len’s permanent replacement. Those are still technically just rumors and Derek was still wrapped up with World of Dance at the time. However, he seems to have a little more free time on his hands. It seems like the perfect window of opportunity if Derek really wanted to return to DWTS.

“Len is a legend and has been a great servant to the show, but times are different and so are the considerations,” an inside source reportedly told The Sun. “Derek not only stepped in, but was a hit from the start. His work makes it almost impossible to not have him back.”

Fans really enjoyed the fresh perspective Derek Hough brought to the judges’ table after years of competing as a professional dancer. During his run as a pro, he and his celebrity partners won the Mirrorball Trophy six times. That’s the current record of any Mirrorball Winner.

No matter where Derek Hough goes next, he’s certainly going to have a long, successful history that goes with him.

Last summer, Dancing With The Stars decided to change things up a bit when they replaced Tom Bergeron and Erin Andrews with Tyra Banks. Tyra is a huge Derek Hough fan, so more changes could continue.

Since most of the group numbers were canceled due to COVID-19 protocols and safety concerns, DWTS shook things up a bit by asking Derek to do a few performances. He performed a fiery Paso Doble with his girlfriend Hayley Erbert and also performed a fun solo during the finale.

Would you like to see Derek Hough as a permanent addition to the judges’ table? Why or why not? Leave your ideas in the comments below. Keep following us online for more Dancing With The Stars news like this.