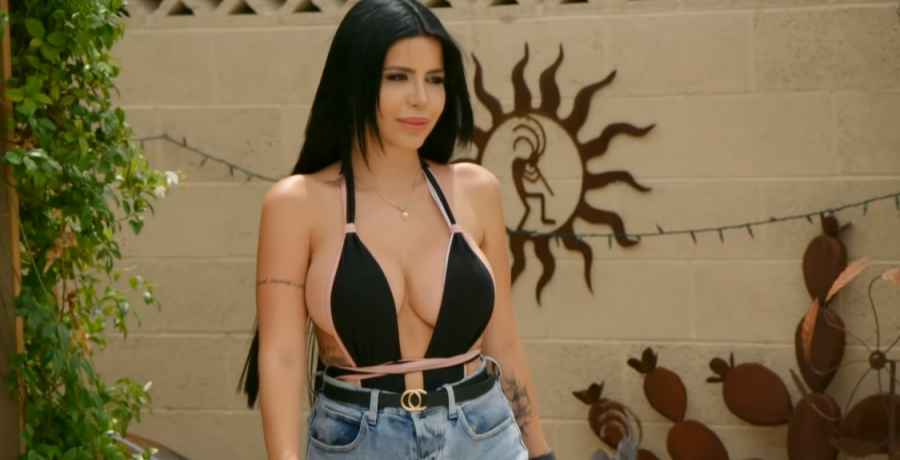 What with plastic surgery procedures, broken friendships, and relationships, fans have questions for 90 Day Fiance alum Larissa Dos Santos Lima. Now the former TLC reality star is ready to move to yet another platform, where she promises to answer all their questions.

Life has been onward and upward for Larissa Dos Santos Lima since she first starred in Season 6 of 90 Day Fiance. On that show, she appeared with her now ex-husband, Colt Johnson. As they became fan favorites, TLC brought them back on Season 4 of 90 Day Fiance: Happily Ever After? However, by the time Season 5 started filming, Larissa and Colt had already split and were seeing other people.

While the Brazilian beauty didn’t get a happy ending on the show, she did gain a huge fan following. Right now, she has almost 750K followers on Instagram alone. Thanks to her many plastic surgery treatments, costing her $72K or more, she is now in demand on OnlyFans. In fact, it is said she earns $40K per month on the adult content sharing platform.

Fans have questions for Larissa

Fans have many outstanding questions for Larissa and she is promising to finally answer them. She is preparing to move to a new platform, where she will open up about her life and give us the truth about her failing friendships.

Fans have been waiting for Larissa to launch her own Youtube channel for some time now. However, it looks like she is ready to share her first Youtube video. Larissa plans to expand her business using the popular video platform.

The 90 Day Fiance: Happily Ever After? alum first spoke of launching a Youtube channel in October 2020, shortly after she got fired by TLC. However, Larissa has posted an Instagram story, sharing the link to her channel, with a countdown timer. Fans can anticipate her first video soon.

Larissa has promised fans that she will share every intimate detail about her life. This will cover her failing friendships, her current immigration status, domestic violence arrest and more from her past life.

Fans know that Lima has parents and two children back home in Brazil, but nothing much beyond that. Hopefully, fans will finally get to see images of her son and daughter and find out where they are.

Where is the 90 Day Fiance alum living?

Hopefully, the former TLC star will also answer questions about her current living situation. At present, it is unclear whether she is still in Colorado Springs, or has returned to Las Vegas. It is likely she will open up about OnlyFans and how much money can be made through that platform.

In the meantime, fans can subscribe to Larissa’s channel and get a notification when she posts her first, revealing video! At the time of writing, Lima already has 3.49K subscribers, which will likely grow over the next couple of days.

In the meantime, 90 Day Fiance fans can catch Season 8 of the reality show on TLC, Sundays at 8 pm ET.