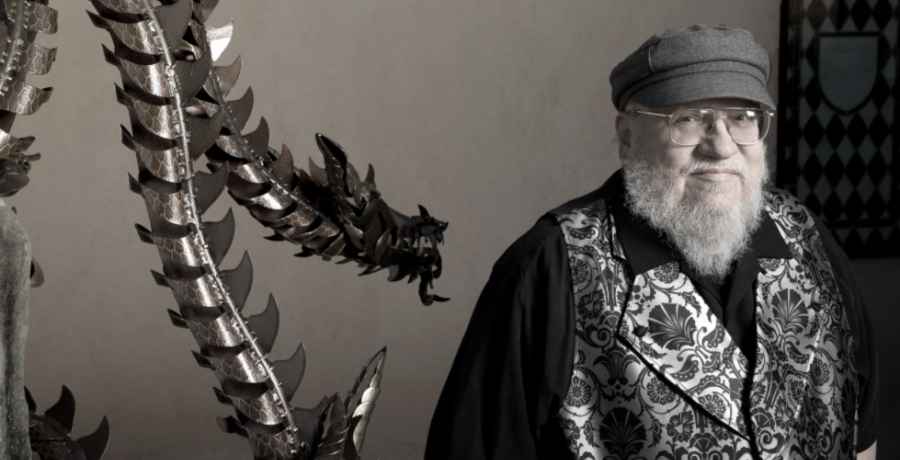 Good news for Game of Thrones fans who have been missing their George R.R. Martin fix. The latest GOT spinoff will be Martin’s Tales of Dunk & Egg. The timeline is 90 years prior to the events of the A Song of Ice and Fire books and we will get to meet a Targaryen!

HBO wants to order several more Game of Thrones prequels. Besides the upcoming series House of the Dragon, the network wants to greenlight more shows set in Westeros.

Entertainment Weekly reports that early work has begun on the second Game of Thrones spinoff after Blood of the Dragon. That new HBO prequel series will explore the conflicts between the House Targaryen family 300 years before Game of Thrones. However, an adaptation is also underway of George R.R. Martin’s novella trilogy Tales of Dunk & Egg.

Fans have been calling for a “Tales of Dunk and Egg” TV series for some time now. There were hopes that when HBO announced a number of “Game of Thrones” spinoffs were in the works back in 2017 that the novellas would be among the contenders for a series pick up.

So, what will the timeline be for the new spinoff series? It is reported to be set around 90 years before the main A Song of Ice and Fire books. The novellas follow the story of hedge Knight Ser Duncan the Tall, who roams Westeros with an unlikely young square “Egg.” The squire is aka Aegon Targaryen V.

Work on the new series is in extremely early stages, so we shouldn’t get too excited. It seems no writers or directors have been attached to the spinoff as yet. However, the new series is becoming a high priority for HBO. They need to launch while the Westeros story is still hot, after the rapid cooling of the final season of Game of Thrones.

Adapting Martin’s novellas of the adventures in the Seven Kingdoms isn’t an easy task. However, it is something Martin himself and his fans have been anticipating for some time.  There is sure to be plenty of interest to explore this different period in the history of Westeros.

However, it isn’t just about Tales of Dunk & Egg right now. HBO has reportedly been meeting with a number of top writers, pitching other ideas based on Martin’s books. This includes a possible prequel series based on Robert’s Rebellion. This war for the Iron Throne upended Westeros several decades before the events of Game of Thrones.

#TalesofDunkandEgg is set 90 years before the events of #GOT and follows the adventures of Ser Duncan the Tall and a young Aegon V Targaryen. pic.twitter.com/RLZnKkJ7YU

One writer is a familiar name to HBO fans – Bruno Heller created the historical drama Rome. That series was seen as a short-lived precursor to GOT. However, it must again be stressed that no writer has yet been attached to any new project.

Fans must also bear in mind that all the new HBO concepts are prequels. Each prequel will be set in Westeros and Essos prior to the events of the original series. The main plan is for HBO and HBO Max to go big on Game of Thrones in a similar way to what Disney has done with Star Wars and Disney+.

While nothing is yet set in stone, this is exciting news indeed for fans of George R.R. Martin’s novels and the popular series Game of Thrones.