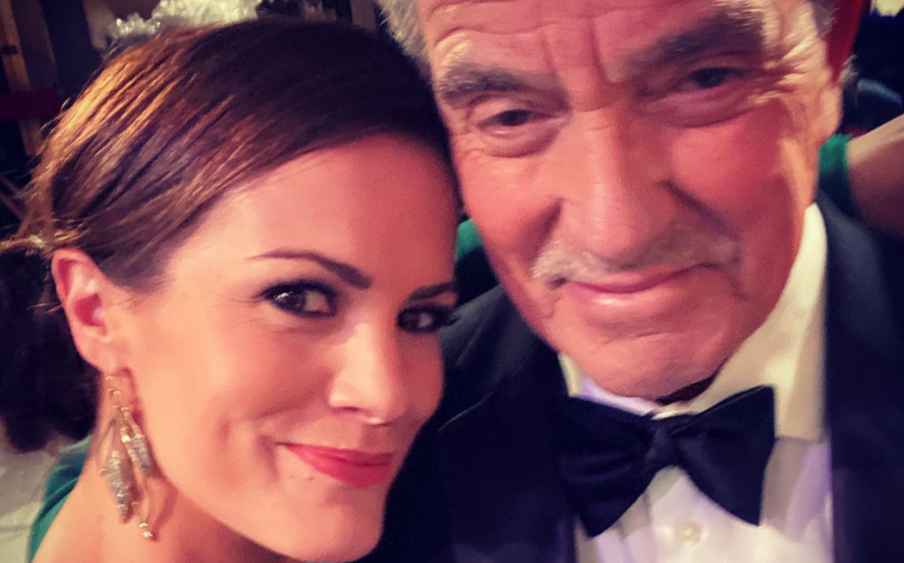 The Young and the Restless fans love speculating over plotlines on their favorite soap. What can they expect to happen between January 11 and January 22, 2021? Will Amanda finally find out about her past this week? Can Sharon give Adam some support? Will the problems between Vicky and Nick escalate and can Nikki help? Let’s explore spoilers for the upcoming episodes to get a feel for what might be going on.

Spoilers are pointing to the fact that Nikki will be concerned over the rift between her children and it looks like she will get involved. However, this could end with both siblings resenting her. In fact, Nick will feel Nikki is taking Vicky’s side and Vicky will feel like she is taking Nick’s.

Today on #YR, Phyllis encourages Kevin to revisit his dark side, and Nikki worries about the tension between Victoria and Nick. WATCH FULL EPISODE: https://t.co/pT8pNUTa1m pic.twitter.com/2t3JTNnstZ

As Phyllis encourages Kevin to hand over the goods this week, Phyllis could gain access to the ammunition she needs against Victoria. However, she might have to sit on the information while pondering what her next move should be. In fact, she could even have second thoughts on this.

It is likely Vicky will do something small to Nick during the week, which will bug him no end. While not realizing what Phyllis has, spoilers say Nick will encourage her to get Victoria back. However while he won’t know just what she has up her sleeve, she could launch the plan and everything could blow up in her face.

Sally ramps up her efforts against Summer

While Summer’s digging mission in Los Angeles will be successful, the plan could cause Sally to ramp up her efforts against her. It makes you wonder whether Newman knows who she is dealing with. By going against Spectra, Summer will launch a rivalry she might not be ready for. This could lead to something huge between the two ladies.

Over the coming weeks, Sally and Jack are sure to get closer. So far, they have a cute friendship going on, but could this become something more? Whatever happens, Jack is becoming more of an ally for Sally, which she will use to her advantage going forward.

Devon and Elena getting on better

Recently, Devon and Elena had a nice chat and it looks like he is finally getting over her one-night stand with Nate. As they were civil with each other, this could mean that Devon will bury the hatchet with his cousin Nate in the coming days.

Amanda and her dad

According to The Young and the Restless spoilers, Amanda will be stunned by what her biological mom tells her this week. Could this be about her biological father? We’ve heard little about who Hilary and Amanda’s dad could be. Possibly, Naya will reveal a name or give a hint about the powerful family her father belongs to.

You’re missing out if you’re not watching these scenes with Amanda and her birth mother 🙌 #YR pic.twitter.com/p8uagxUAUz

Is her dad connected to Genoa City?

On that point, could Amanda and Hilary’s father be linked to Genoa City somehow? As fans know, there are several affluent families in the town. However, with Hilary and Amanda born in or around the mid to late 1980s, he could still be linked to Naya.

Maybe he isn’t from an affluent family?

There’s also the thought that Amanda and Hilary’s father doesn’t come from an affluent family. He may be someone who isn’t wealthy or prominent. This makes more sense, as possibly Naya had to give up the twins rather than marrying her lover. If he was rich, both families would likely have gotten the couple to marry.

Lily and Billy’s relationship on The Young and the Restless

Looking at Lily, it seems she is having second thoughts about her relationship with Billy and it is easy to see why. His attitude isn’t exactly attractive and mixing business and pleasure can have a bad effect. In the next couple of weeks, Billy and Lily are heading down a rocky road, while ironing out the kinks of their dual relationship.

Over the next couple of weeks, Nick and Sharon will have to decide about Faith, as her drinking goes out of control. Should they send her to live with Nikki for a while? Spoilers do point to Nikki becoming more involved in the issue. They could also try to ban Jordan from seeing Faith. But will that make things better or worse?

What’s happening with Sharon and Adam?

About Sharon, this week she will be there to support Adam in his troubled time. Could this lead to sparks flying between them? Sharon finds a vulnerable Adam very difficult to resist and there is a chance they could cross a line. In the week of January 18th, Sharon and Adam could have a one-night stand. They could get swept up in something while emotions are running high.

Chelsea’s rehab on The Young and the Restless

More spoilers for the week of January 18th tease that Chelsea’s rehab might hit a wall. This could be because she learns about Sharon and Adam’s affair. Alternatively, is her nurse of doctor purposely sabotaging her recovery?

As noted by Fame10, should Chelsea recover, they will be out of a job. Of course, with Lawson unable to communicate, they could be keeping her down to keep their paycheck. Other teasers point to Chelsea being pressured by Adam too much to recover.

Keep watching The Young and the Restless, weekdays on CBS to find out more.