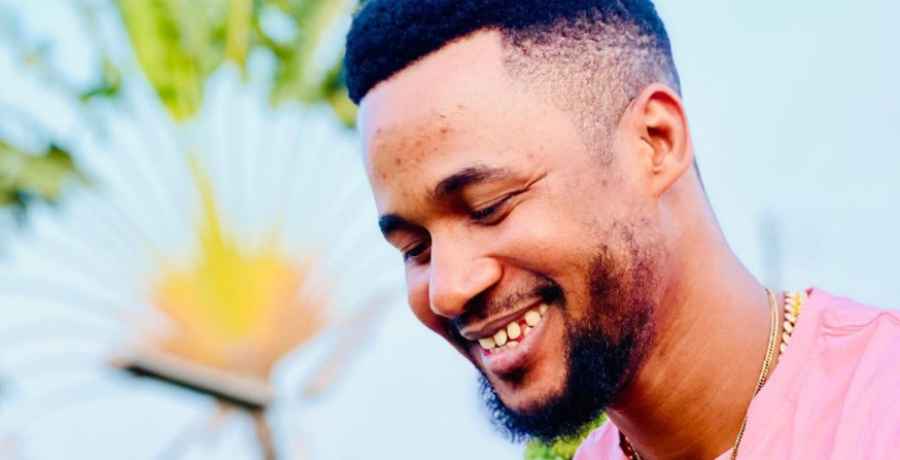 90 Day Fiance alum Usman Umar (aka SojaBoy) is celebrating buying his own, custom-built house in Nigeria. This follows his highly publicized split from his estranged wife and fellow TLC reality star, Lisa Hamme (aka Baby Girl Lisa). It’s onwards and upwards for the Nigerian rapper!

On Thursday, Usman Umar of Season 4 of 90 Day Fiance made an important post to his Instagram account. Sharing images of his fancy new home, the 30-year-old spoke of his rise to reality TV fame. However, the Nigerian rapper also thanked a special A-lister for her support in making his dreams come true.

Umar wrote, “On this day, I [want to] appreciate YOU madam [Chrissy Teigen] for the petition for me to be on @cameo.” He wrote that following that request, Cameo reached out to him in his Instagram DM. The company opened a profile for him as a talent. SojaBoy was thrilled to announce that on his first month with Cameo, he made more than $30,000. He said his “patience” and “pure heart” led to even more blessings.

Usman continued in his caption, writing that he had that day used Cameo money to build his own home. He thanked his fans for booking him on Cameo, but more importantly, thanked Chrissy Teigen and, of course, TLC. The images above reveal his new home with its fancy brick accents, two garages, a large driveway and a gate.

As previously, Usman had no account on Cameo, his superfan Chrissy Teigen, 35, fought for his cause via Twitter. In April, she wrote, “Petition to get 90 Day [Fiancé‘s] SojaBoy on cameo to call my friend @AlUCanEatShrimp ‘Baby Boy Mason.’ Will pay $100.” Her tweet was retweeted by fans and friends.

🤣🤣 RT @chrissyteigen: petition to get 90 Day Sojaboy on cameo to call my friend @AlUCanEatShrimp "babyboy mason" – will pay 100 dollars

The tweet from the supermodel clearly paid off for the Nigerian rapper. Usman is now enjoying the fruits of his labor, after sharing a relationship update in December 2020. In an exclusive interview with In Touch in May 2020, Umar said he had begun the process of divorcing his wife, Lisa.

In the interview, Usman said that he and Lisa were no longer together. He said he served divorce papers on her the week before that she doesn’t want to accept. Usman added that his lawyer had called Hamme to ask her why, but she just yelled at him and cut the call.

Despite the failure of his marriage, Usman says he is feeling great about his future prospects. He said, “Now, I’m free and if you look at me very well you will see that I’m happy and getting better without drama.”

How is Baby Girl Lisa doing?

On Lisa’s part, she held a Zoom call on December 18, for which her fans had to pay $5 to join. She told fans her latest status, saying she is also fine with moving on. Meanwhile, her rep, Rocco Straz, had previously said she is “done physically, mentally and emotionally” with Usman.

Fans can enjoy more drama on Season 8 of 90 Day Fiance, which airs on TLC on Sundays at 8 pm ET.