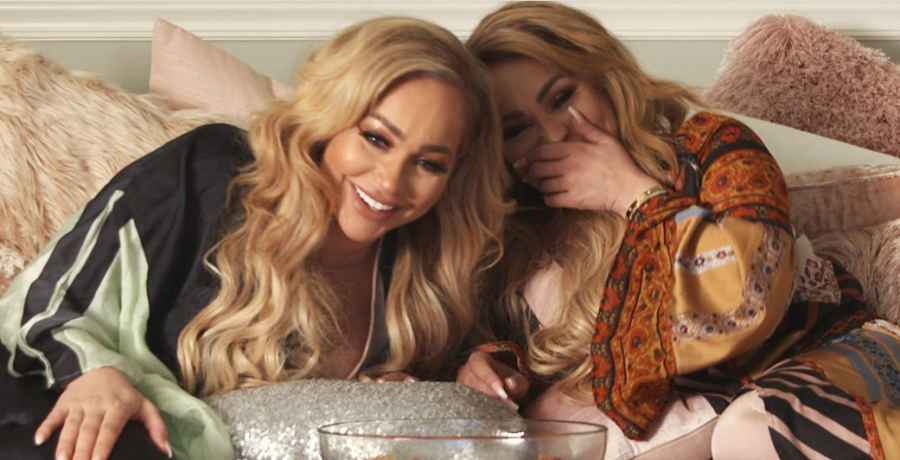 90 Day Fiance star Darcey Silva and her twin Stacey are known for their never-ending plastic surgery procedures. After gradually changing their style over the years, Darcey has posted a throwback image to Instagram of her and Stacey. Fans were shocked by the image, which revealed how beautiful the twins were without plastic surgery. This led to many asking why on Earth did they do it?

Many cast members on 90 Day Fiance end up getting plastic surgery in one form or another. It is something about being in the public eye that makes them want to improve on nature. However, Darcey Silva is probably the most shocking transformation on the TLC reality show yet.

Darcey joined the TLC network on 90 Day Fiance: Before the 90 Days in 2017. At that stage, she was dating Jesse Meester from the Netherlands. Since that time, Silva has undergone many changes, including her hair color, figure or face. In fact, she and her sister Stacey look different each year. Some fans believe it is when she experiences heartbreak again from the latest man that she loses confidence in herself.

Darcey has even documented herself getting fillers on the TLC reality show. Another appearance showed Stacey accompanying Darcey as she heads to a “lip doctor” for new fillers. At the time, she also decided to get her “mommy muscles” back.

Before and after with Darcey and Stacey

With all these many changes over the years, fans might be wondering what the Silva twins looked like before the treatments. Darcey decided to post an IG image of herself and twin Stacey. Both dark-haired sisters look stunningly beautiful in the image.

Darcey and Stacey have revealed in the past that they like to go to their appointments together. Basically, this is because they want to remain identical twins. However, Darcey particularly gets trolled on social media over her latest plastic surgery plans.  Whether she is revealing her new breast implants or her new slim waist, keyboard warriors can’t leave her alone.

This attention doesn’t seem to bother the TLC reality star, as she continues to post the images. However, by posting the throwback image of herself and her sister she has really given them fodder for their hateful messages.

Darcey and Stacey in The Twin Life

Before appearing on 90 Day Fiance, the Silva twins featured in their own reality show, dubbed The Twin Life. It seems the new image is a still from that reality show. The image shows the Silva twins, with dark hair and a great tan, and captioned, “Darcey & Stacey we are Silva Strong!”

Naturally, the glamorous image drew many comments from her more than 1 million fans. Some were kind, like, “this is my favorite version of you girls.” Others mentioned the “unnecessary plastic surgery.” Other followers wrote, “Who are these women” and “Gosh what happened?”

As noted by Screen Rant, despite some nastier comments, Darcey mainly got love from her followers, with several suggesting she go back to darker hair. What do you think, readers? Do you believe the twins’ plastic surgery procedures were unnecessary? Sound off in the comments below.