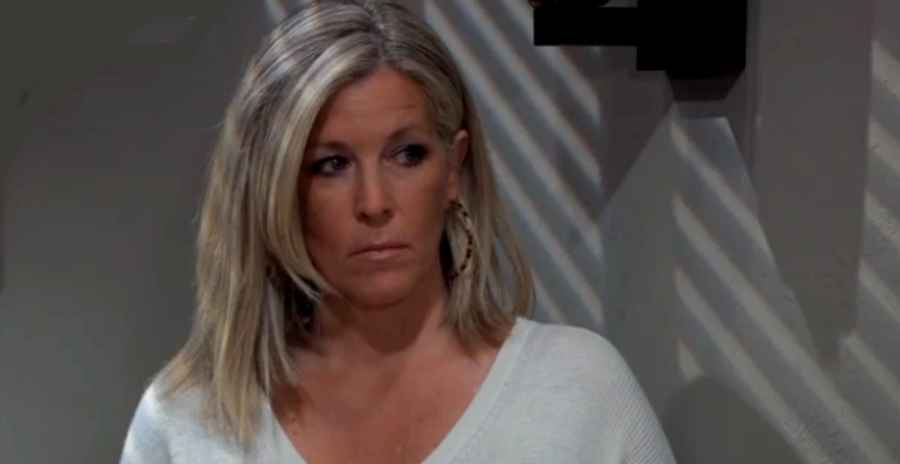 Spoilers for Monday’s General Hospital episode reveal all kinds of action, including relationship problems and much more. What can we expect from the exciting episode of December 28, 2020? Read on below to find out more about what’s coming on the ABC soap.

Carly and Sonny on General Hospital

When Carly (Laura Wright) spots police lights flashing at her gate, she is in shock. Fears are growing that Sonny’s (Maurice Benard) body has been discovered. Of all the cops, it is Chase (Josh Swickard) who pays Carly a visit. He tells her he needs to speak to her about Sonny and his disappearance. Meanwhile, Carly is unlikely to be helpful to the police, because she knows much more than she reveals.

In the meantime, Jason (Steve Burton) is doing his best to keep things going with Sonny’s business. He pays a visit to Britt (Kelly Thiebaud) with the intention of getting her on board. Jason wants her to join up with their agenda against her boss. However, it turns out Britt is concerned about having to choose sides. She believes Cyrus (Jeff Kober) will not take her betrayal lightly. However, after chatting with Jason, she does make her decision.

In the meanwhile, it turns out that going against Cyrus will have even more fallout in other areas of Port Charles. This is after Curtis (Donnell Turner) is found by his wife, after never coming home the night before. Curtis tells Jordan (Briana Nicole Henry) that he believes he just can’t do it anymore. It turns out his son isn’t doing any better, after Molly (Haley Pullos) tells TJ (Tajh Bellow) of the horrible mistake she has made.

They are not the only people to have relationship problems, however. There is also drama at the Corinthos home. This is after Willow (Katelyn MacMullen) tells Michael (Chad Duell) that she fears they will just end up hurting each other. Of course, if her heart is still with Chase (while his heart is with Willow), this could definitely happen. Chase wants to have a real marriage and maybe she is giving him a huge hint?

In other spoilers, it seems Liesl’s (Kathleen Gati) contempt has intensified. However, surely this can’t be toward her beloved Franco (Roger Howarth)? Meanwhile, Franco doesn’t understand why they aren’t going through official channels. Maybe Scott (Kin Shriner) will speak up to get his son off the scent.

In the meanwhile, his loved ones back home worry about Franco’s condition. His stepson, Cam (William Lipton) is trying to understand what Franco is going through. He ends up having a heart-to-heart chat with Franco’s doctor and is mom’s childhood best friend, Terry (Cassandra James).  It can only be hoped that Dr. Randolph will be able to set Cam’s mind at rest. However, as noted by Soap Hub, there is always the possibility that she will make things worse.

Catch General Hospital on weekdays on the ABC Network. Check your local listings for airtimes.