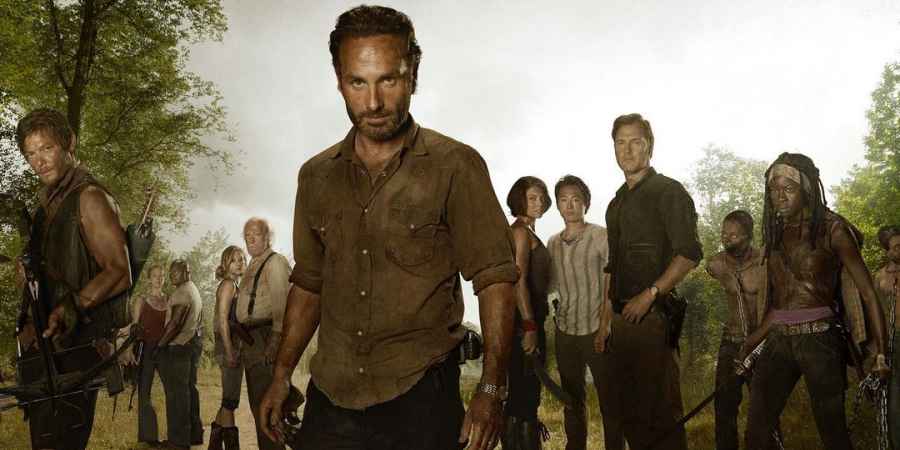 The original series of The Walking Dead is set to end with its eleventh and final season soon. This will wrap up many of the plotlines that have been going since the show first debuted ten years ago. However, this doesn’t mean we are finished with the TWD universe. We definitely have more coming, as new projects keep being announced. Probably the craziest project yet has been announced by Chief Content Officer Scott Gimple. He said a related comedy show is currently in production. Meanwhile, he also hinted at the return of one of the greatest villains in the show.

Among The Walking Dead projects on the go is a road trip story featuring Daryl (Norman Reedus) and Carol (Melissa McBride). Another is the anthology show, Tales of the Walking Dead that sounds like it could be good. Fans can also look forward to more seasons of Fear the Walking Dead, a show that is really starting to come together.

There’s also the not-so-popular spinoff, The Walking Dead: World Beyond. Probably the most anticipated project is the movie trilogy starring Andrew Lincoln in his role as Rick Grimes. We get it, loads of zombies are in our future.

However, on the recent Walking Dead Holiday Special, Chief Content Officer Scott Gimple teased another spinoff. One that might have fans scratching their heads. He flat out said, “We are working on a straight Walking Dead comedy right now. We’re not making fun of our world, but it’s just more of a comedic take on the world.”

That is all the information out there so far, so we have no idea which characters might feature or who is in it. We Got This Covered did wonder if Gimple is referring to the road trip show with Daryl and Carol. Both actors have reportedly described it as lighthearted and an unusual departure for the TWD franchise.

However, the way Gimple described the show, it is similar to how the animated comedy, Star Trek: Lower Decks was described. Animation would be the ideal way to separate a comedic version from the drama of the main series. It might sound strange to have a post-apocalyptic comedy, but the show does often feature funny lines and lighthearted scenes. Whether a comedy version of The Walking Dead will work out is unknown.

The Walking Dead bringing back a villain

On the same holiday special, Gimple also teased that one of the greatest TWD villains of all time is coming back. As noted by CBR.com, he said it is currently “coming together.” Again, the CCO didn’t reveal any teasers as to who that villain could be. As fans of the series know, there were a number of evil villains along the ten-year run of the show. Negan’s already back and Alpha is dead, so who could it be?

Fans will remember the Governor. David Morrissey who played the role has expressed interest in returning to The Walking Dead. At the time, he referred to a series of novels by Robert Kirkman and Jay Bonanginga, suggesting this as source material for the villain’s back story.

While Alpha is dead, the Whisperer villain Beta could return. Ryan Hurst, who plays Beta, previously teased that his character’s back story could feature in an episode of Tales of the Walking Dead. As usual, fans of the zombie horror will have to wait and see.