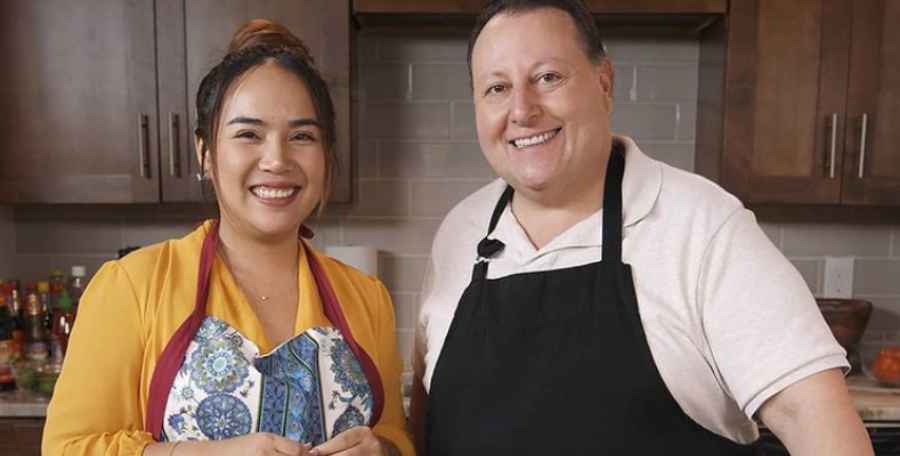 It is surprising to see how popular 90 Day Fiance couple David Toborowsky and Annie Suwan has become. Years after their debut on the TLC reality show, the pair is still in the public eye. Now, David and Annie are well known for their TLC spinoff, Spice It Up With David & Annie. However, on top of this, fans have noticed a change in David’s appearance. What has the celebrity chef been up to?

David, 51, met Annie, 27, on a trip to Thailand. This led to them falling in love but having plenty of problems in their relationship. However, since then their lives have turned around and everything is happy for the couple.

The 51-year-old divorced dad David had met Annie, who is half his age, during a trip to Thailand. The father of three and granddad of five fell for her in a big way while she sang Like an Angel in a karaoke bar. After wining and dining Annie, David proposed after only 10 days.

What followed was a TLC romance that included issues with David’s drinking, lack of money, and of course, Annie’s hefty dowry. 90 Day Fiance fans called out Annie as a Sugar Baby after David applied for her K-1 visa, then paid the dowry.

David’s recent divorce from his former wife took a toll on his finances. However, Annie moved with him to America, where they stayed in a small apartment. While Toborowsky was unemployed at the time, he did land a teaching job and paid back almost $25k to Annie’s parents. He also helped his wife market her Thai cooking classes and her catering business.

Ironically, it was David and Annie’s appearance on 90 Day Fiance: Pillow Talk that made them fan favorites. Now, the pair has landed the TLC spinoff show, Spice It Up With David & Annie. It can only be up from now on for the Toborowskys. Meanwhile, it is now that David has debuted a brand new look.

David does micro-blading and veneers

David and Annie were spotted recently with comedian Chris Kattan at the Firefly bar on Ventura Boulevard. Dave went on to show off his famous friend on an Instagram post. While his fans were impressed by their Hollywood connections, they noticed something different about Toborowsky. One fan wrote, “I love your glow up,” while another mentioned how “those eyebrows are way better than Annie’s.” You can see his new look in the image below.

David is always happy to respond to his Instagram fans and went on to share his secret. It turns out that the secret is micro-blading. He explained that he had used the tattooing technique to get fuller and thicker brows. This isn’t David’s first beauty enhancement treatment, however. As noted by Screen Rant, he recently got Botox and a new hairline. But that’s not all, in the latest Instagram image he thanks his dentist, Dr. Baranes, for replacing his veneers after 23 years. Part of his caption reads, “Happy Teeth Happy Wife Happy Life.” Following in fellow cast member Larissa Dos Santos Lima’s footsteps is likely because he wants to look better for his younger wife. However, it could just be to prepare himself for his new reality TV appearances.