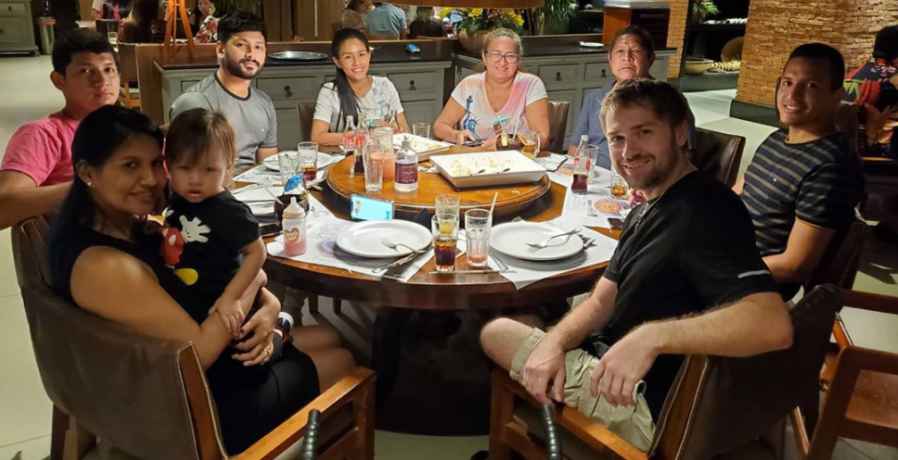 90 Day Fiance: Happily Ever After? star Paul Staehle recently reconciled with his wife, Karine Staehle after their split. The couple seems to be doing much better now and Paul hit Instagram on Monday with a new image of his wife. He is showing off his lovely lady who has undergone a cosmetic procedure in Manáos, Brazil, where they live.

Karine Staehle is looking truly beautiful these days. On Monday, an image of Karine’s new face following the cosmetic procedures went up on Instagram. As captioned by her beautician Alessandra Nascimento, Karine went for an “ombré shadow and lip revitalization.” Her treatment is said to be “a perfect combination to beautify and enhance facial features.”

Ombré brows, or powdered brows), are reportedly a semi-permanent eyebrow styling technique that creates a soft shaded brow pencil look. Karine’s procedure has also been described as a “nonsurgical lip enhancement,” that gave her the pout she was hoping for. Her new look can be seen in the image from Instagram below.

Fans will remember the explosive, off-camera bust-up between Paul and Karine, which finally led to them reconciling and moving to Brazil. Staehler streamed the July fight in a video on Instagram Live. During the altercation, the police were called out twice.

Both parties took out temporary restraining orders against the other, which they dropped in September. They also canceled a court hearing scheduled in December to work out custody of their son.

They finally reunited in Louisville before heading back to Brazil. The couple announced the news of their second baby on October 14. They shared an image on Facebook of the family with Paul’s mother, Mary Staehle and their two dogs. Karine’s baby bump was clear to see in the image.

Paul used Instagram Stories to confirm the news of their reconciliation. He said it wasn’t going to be easy and that they would have to work at this every day. However, he said he wants this because he wants to be Karine and his family. Since then, the pair seems to be doing better than ever and have a new baby on the way.

Following the reconciliation, the TLC reality stars had fun celebrating Halloween with the family. Paul and Karine both sported steampunk costumes, while their son, Pierre had a baby Yoda costume. Little Pierre totally rocked his cute costume, as can be seen in the image below!

Let’s wish Paul and Karine Staehle and their extended family a happy and healthy life in Brazil. Looking ahead to a new baby, while improving Karine’s looks.

In the meantime, fans can watch 90 Day Fiance: The Other Way on TLC on Sundays at 8 pm ET.