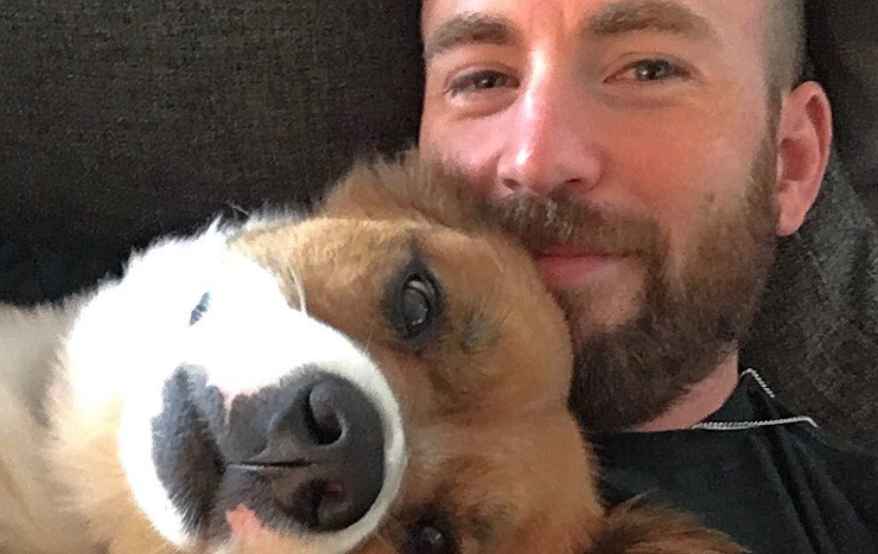 Chris Evans, 39, hit Instagram on Saturday, September 12, with a fun family video. The clip showed his famous brother Scott Evans and others playing Heads Up. Nice. Except for one thing. He neglected to notice what came after the family video. After it played, a phone camera roll appeared, including a black and white picture of what looked like a p*nis.

It is unclear how long it took Chris to notice his mistake and delete the video. However, in the meantime fans had spotted the image and screen-grabbed it. Speculation was wild about the explicit image. It is also unclear, however, whether the image is, in fact, of Evans’ own body part.

The actor went quiet for a couple of days, no doubt totally embarrassed. While it took a while for him to comment on the accidental share, when he finally did, it was a doozy! Chris finally broke his silence on Twitter on September 14 with a very important message. He wrote, “Now that I have your attention, VOTE Nov 3rd!!!” That one tweet instantly forgave all and sent fans into yet another frenzy over the hot actor.

It is still unclear whose phone the video was on and it was unfortunate that whoever filmed it didn’t edit to take out the embarrassing portion of the camera roll.  With no face or body to accompany the pic, it wasn’t even necessarily of Chris. Naturally, all his fans believed it was.

Besides Chris’s famous response, his brother, Scott and his Avengers co-star, Mark Ruffalo, tweeted about the incident, trying to make light of it all.

Ruffalo tweeted on Sunday, September 13, writing, “Bro, while Trump is in office there is NOTHING you could possibly do to embarrass yourself. See… silver lining.”

As noted by Hollywood Life, a few hours later, Scott tweeted: “Was off social media for the day yesterday. So. What’d I miss?”

Was off social media for the day yesterday.

Stephen Colbert couldn’t resist bringing up the subject on the latest episode of “A Late Show with Stephen Colbert.” He said a lot had happened in the two weeks the show was off the air, but the most “earth-shattering news” related to Chris and his pic. He noted how arty Chris was to use black and white, like a “French art film directed by Jean-Luc ‘Gotthard.’”

While Colbert continued making hilarious quips about the incident, he said he had to cover other news. However, he did point out that he had plenty more jokes, stored in “Chris Evans’ sack.”

While the tensions over the explicit photo were cleared, others did comment on Twitter with a not-so-funny theme. One lady tweeted, “The public respect for Chris Evans’ privacy/feelings is wonderful. Wouldn’t it be nice if it extended to women when this kind of thing happens?”

The public respect for Chris Evans’ privacy/feelings is wonderful. Wouldn’t it be nice if it extended to women when this kind of thing happens?