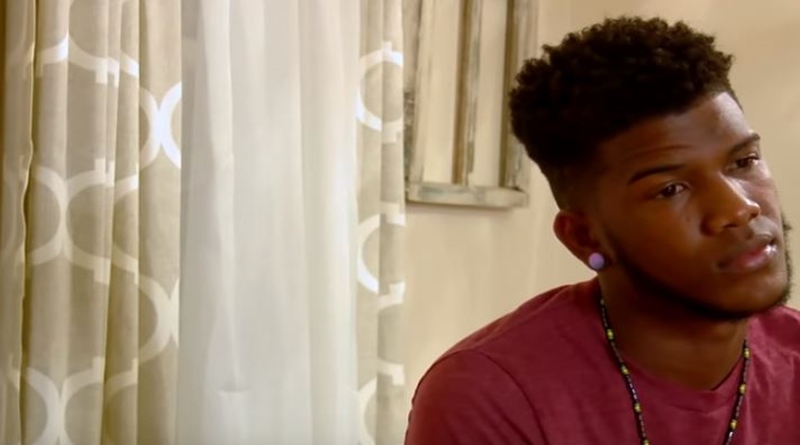 90 Day Fiance fans heard that Ashley Martson was found unresponsive in her home Sunday, January 13 and ended up in the ICU. Jay Smith later took to his Instagram stories to post that he’s “there for” her. Fortunately, Ashley later regained consciousness. Concerned fans commented on an old post by Jay after rumors of his whereabouts emerged.

Fans of the TLC show heard from Ashley via her Instagram after she regained consciousness. According to the post, she will start dialysis as she went into kidney failure due to her Lupus condition. She also pleaded with followers of the TLC show not to post negative comments as she is scared and sick. 90 Day Fiance fans, of course, wanted to know where Jay was, and if he was there for her.

Jay Smith posted up a music video on his Instagram two days ago, and as he never posted anything about Ashley in ICU, fans went there to comment on his seemingly unconcerned attitude about his wife. “Why aren’t you at the hospital with Ashley? She’s in renal failure. She’s in ICU. What’s the deal, man? Even if you guys are splitting up, you should be there,” wrote @karenhenleyconnolly. Meanwhile, @mama_gina12 wrote, “Go take care of your wife. seriously.”

I’m sorry if this photo offends anyone but I will not hide that I’m sick. If I can help one person with lupus then posting this is worth it. I was found unresponsive this morning at my home. The Ambulance took me to the hospital where it was found that I am in acute kidney failure due to lupus. I will begin dialysis shortly. I will not let this beat me. I know I’m strong enough to battle through this,not just for myself but for my kids. I will be transferred to another hospital this evening that is better equipped. Please pray for myself and my family as I know it’s going to be a very tough road ahead for all of us. Thank you for your continuous support and prayers #ashley #lupus #kidneyfailure #90dayfiance #tlc

Jay Smith says he is there for Ashley

After lots of questions about Jay’s whereabouts and what he’s doing for Ashley, Jay did post up an Instagram story. Brief, and not saying much, he did assure 90 Day Fiance fans he was there for Ashley. He wrote, “Get well mammy I’m here for you.” While Jay said nothing else, and fans cannot comment on Stories, that seems to be all he wants to say about Ashley right now. These two seem to be avoiding the questions about if they are still together or not.

Neither of the 90 Day Fiance stars actually said he went to the ICU. Once again, their conflicting messages leave fans of the show in a murky place. Nevertheless, a lot of genuine concern for Ashley Martson emerged on her social media. For those people concerned that Ashley’s facing her trauma all alone, it does seem that Jay intends to be there for her, after all.

What do you think about Jay Smith taking some time to notify his followers that he is actually there for Ashley Martson as she struggles in ICU? Do you think he really is there with her, or is he just saying what TLC wants him to say?

Check in with TV Shows Ace often for more updates on 90 Day Fiance.