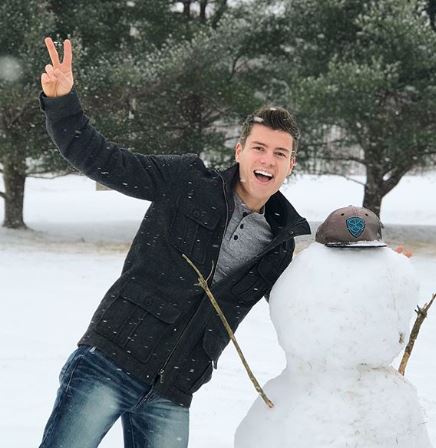 There has been a lot of talk over the years about a Duggar and a Bates ending up courting. The two families are really good friends and both have a ton of kids so it wouldn’t be surprising. At this point, it hasn’t happened so far. Now Jana Duggar’s new Instagram has people talking about if she could end up with Lawson Bates of Bringing Up Bates.

The first thing that started the rumors was that Jana Duggar got an Instagram. Normally when this happens a Duggar is already courting someone. Jana has not admitted to a courtship just yet. Her sister Jessa Seewald Duggar set the record straight, though. Here is what Jessa had to say.

“Haha! That’s been merely coincidence for some. Definitely not a prerequisite. She’s not in a relationship.”

You never know being on Instagram could help her. Jana Duggar hasn’t been able to find her perfect man and someone could just slide into her DMs. Jessa did tease that she will be happy to look through applications for her sister.

Jana posted her first picture on Instagram and Lawson Bates happened to respond to it. He said, “So tech savvy,” with a phone and zany face emojis. It wouldn’t shock anyone at all if Lawson and Jana ended up more than friends. For now, it sounds like these two aren’t courting at all, though. Jessa says her sister is single, but maybe Lawson was doing a bit of flirting in that comment. He is one of the older Bates’ boys and is still single as well.

Jana Duggar has been very open in the past about how she has had a few people interested in her. They just weren’t the right guy. She isn’t going to settle for just any guy who is interested in courting her.

Do you think that Jana Duggar could end up courting Lawson Bates sometime in the future? Share your thoughts in the comments section below.  Don’t miss Counting On when it returns to TLC in February.