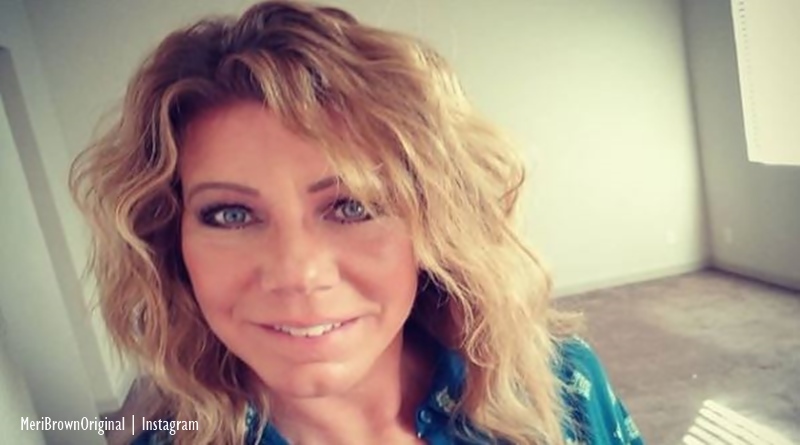 Sister Wives’ Meri Brown went on her Instagram to talk about the joy of living in Flagstaff. However, this contradicts the sneak peek into Season 13 which returns to TLC January 20.  Certainly, in the previews, Meri Brown looks uncertain, unhappy, and at odds with the rest of the Brown family. However, the season airs after real-life events and hopefully, Meri moved on from those dark days.

The Sister Wives cast moved to Flagstaff after Kody Brown brushed their objections aside, and maybe he made the right decision. After all, most of the women indicate on their social media that they enjoy the place. Christine and Robyn like the snow and four seasons. Janelle enjoys the community and restaurants, and Meri loved the mountains ever since she set foot in the place. Going by her Instagram posts, the deer in the garden, the views of the hills, and more recently, the places she walks, bring her joy.

Many Sister Wives fans wondered about Meri. That’s because so many rumors in the tabloids had her leaving the Brown family and striking off on her own. Some rumors said that Meri would not move to Flagstaff at all. However, even Meri denied that she left the family. In one post, she told fans that it’s “all just rumors.”  Radar Online also dug into the records and found that Meri and Kody jointly own property in Flagstaff. The other wives also registered their properties.

So, fans who worried that Meri might leave the show and the family can now relax. They did see a snippet about Meri trying to persuade the other Sister Wives and Kody to buy into her B&B. No luck there, apparently. However, Lizzie’s Heritage Inn in Parowan, Utah celebrated their first anniversary already. Obviously, something went right for Meri in Season 13.

If you expect a Season 13 Meri Brown in tears and sorry for herself all the time, you may be surprised. In fact, these days, she’s positively glowing on her social media. In her latest post about life in Flagstaff, Meri said she “loves it.” The Sister Wives original wife wrote, “My morning walk view sure is different in Flagstaff than it was in Vegas! Love it! #LivingMyWhy #BecauseICan #LifeFulfilled #BundleUp.”

Meri certainly seems to live her life according to her #LifeFilfilled hashtag at the moment. Wait! Life fulfilled? That’s not the Meri we saw in past seasons. Those followers of Sister Wives who stay on track with her on social media, however, watched her grow since the awful catfish incident and the bad times that followed with Kody.

After Meri divorced Kody Brown so he could marry Robyn, her tense relationship with Janelle, and the continuing jealousy by Christine, we could expect her unhappiness. Instead, Flagstaff seems to be a special and spiritual home for Meri now. One has to wonder, though. If Kody ever decides to move on again will she bother going along with the rest of the family?

Are you looking forward to Season 13? Are you happy to see Meri find some joy? Do you hope we get to see Meri Brown transition from gloomy-girl to life-fulfilled-woman in the show? Share your thoughts in the comments below and don’t miss Sister Wives when it airs on January 20 on TLC.