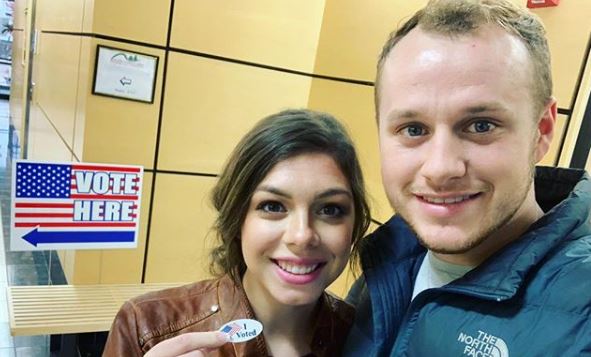 Counting On stars Josiah Duggar and Lauren Swanson Duggar are doing great. Rumors have been flying for a bit that Lauren was already expecting. Duggars don’t ever really wait for long before having a baby. Now, a source is speaking out and saying that they know how long Josiah and Lauren have been trying for a baby.

The couple has been married for five months. A production source shared with Hollywood Life that they have been trying for a baby. The source said they started trying the second they got married. Here is what they said about it.

“Lauren and Josiah have been married five months now and it’s not secret that they’ve been trying for a baby since their wedding night so it’s very likely she’s already pregnant. It’s not something they’re sharing publicly yet but the word behind the scenes on production is that she is expecting and they’re both over the moon happy about it. She comes from a family of nine kids, she’s on the same page as Josiah when it comes to a big family. They’re both still very young themselves but they’re very eager to get started on having kids.”

Could they really be expecting?

Anytime a Duggar gets married, rumors fly that a baby is on the way. The thing is Lauren has given fans a few reasons to think that about her. A few fans thought they saw a bump in the picture below, but others thought they were seeing things.

Another recent picture online shows Lauren in a baggy dress. Fans are speculating that she was trying to hide a baby bump in this dress. It could be possible. Lauren and Josiah Duggar might want to wait until she makes it through the first trimester to share the news that a baby is on the way. One other thing that Lauren has done is avoiding showing off her entire body much. When the couple voted, you don’t get to see her belly at all.

Do you think that Josiah and Lauren Duggar are already expecting? Let us know in the comments section below, and don’t miss the new episodes of Counting On when they return to TLC.