Ever since CW confirmed a prequel for the legendary show Supernatural, fans have been excited about its premiere. Most importantly, they have been wondering whether their favorite star, Jensen Ackles would be a part of the upcoming show. On April 2022, the filming for The Winchesters series started with a premiere date set for October 11, 2022. Is Jensen there?

Jensen Ackles Will Be A Narrator On The Winchesters

The prequel will expand on the history of the Supernatural series and tell the tale of Dean and Sam Winchester’s parents after their love story started. Ahead of the series’ October release, the makers released the first image of Jensen Ackles reprising his role as Dean Winchester. However, fans might not be able to see him on the show, but rather hear him. Ackles, who has been a big part of the show’s production, will actually be the narrator of the new show.

This is reasonable given the fact that in the storyline Dean Winchester would be his younger self or not even born yet depending on the makers. So, the 44-year-old will be the only original cast member to return for the prequel.

Back when the series was announced last summer, there was a falling out on social media between Jensen and his former co-star Jared Padalecki. This was because Jared learned about the new series via the announcements on social media. He wished for the news to have come from the makers or his former co-star. Luckily, they soon patched it up. Unfortunately, Padalecki still isn’t involved with the show in any way.

However, for the very first time, Ackles’ appearance as Dean Winchester was revealed by TV Insider, in an image that shows him leaning against a car as he seemingly bookends the episodes. In his hand, he holds the book given to him by his father John Winchester.

Jensen Ackles Was Initially Skeptical Of The Reboot

Supernatural ran for 15 seasons before the show came to an end in 2020. After the show ended, makers had been hinting at a reboot but no confirmation was received until this year. Now, fans can look forward to knowing more about the Winchester parents. Returning for the prequel is the original Supernatural series writer Robbie Thompson along with Jensen and Daneel Ackles as the producers. 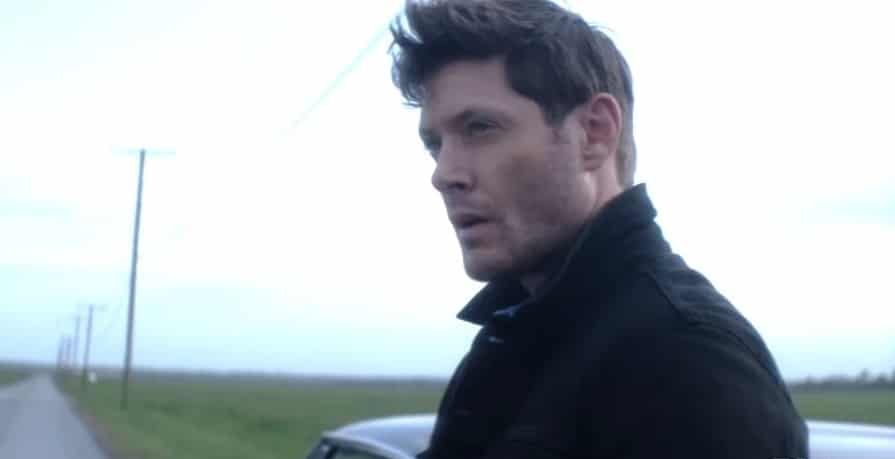 For most long-running shows, there is a dilemma of whether they should be left or allowed to expand. There is no doubt that Supernatural was a massive success with a cult following. However, every good thing must come to an end for it to really stay good. However, by the time the series came to an end, work on The Winchesters had already started. Initially, Jensen Ackles was unsure about the show, but later on, he came onboard with full enthusiasm.

Are you excited for The Wincesters’ premiere on The CW? Share your thoughts in the comments!

Has ‘Welcome To Plathville’ Been Renewed For Season 5 Yet?
Lifetime’s ‘How To Live Your Best Death’ Is LMN’s Stranger Danger!
‘The Voice’: Girl Named Tom On Huge Tour This Christmas
Zach ShallCross Opens Up About His Role As ‘The Bachelor’
‘The Masked Singer’: Tom Brady Hiding Under This Costume?