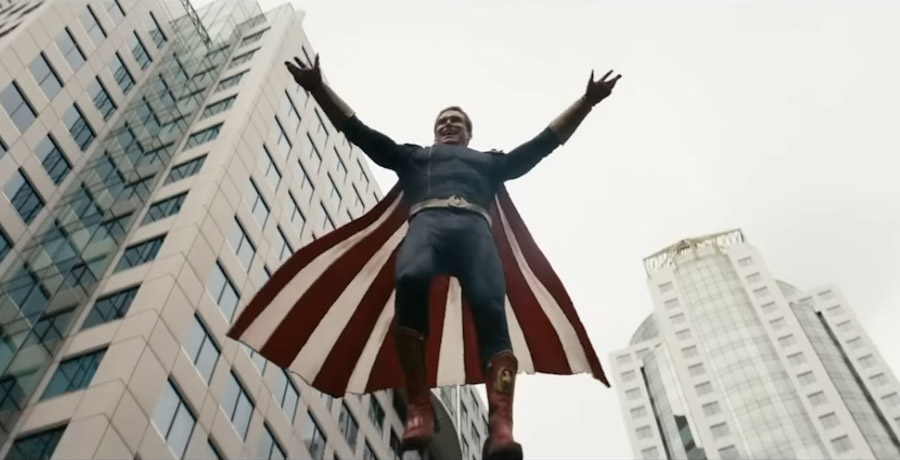 SPOILERS AHEAD FOR THE BOYS  SEASON 3:

The finale for The Boys Season 3 went live on Amazon’s Prime Video earlier this week. The Internet has been absolutely buzzing about everything that went down ever since. Season 3 is quickly cementing itself as Amazon’s most popular show. This season is generating massive hype, from the Herogasm episode to the reveal of Homelander’s father, and more. But the finale’s most impactful major character death isn’t sitting well with many fans. It feels too early for many. And it has people wondering, is it a permanent death, or is Black Noir coming back in Season 4?

Midway through The Boys Season 3, Episode 8 we see Black Noir’s abrupt, violent, and incredibly sad demise. Or did we? Season 3 is the first season that we get any real development from the member of The 7 who’s been around since Season 1. We get a face reveal, an understanding of why he no longer speaks, and knowledge of his traumatic past. All of this seems like it’s about to culminate in an intense fight/reunion between Black Noir and Solider Boy. But Black Noir’s sudden murder at the hands of Homelander serves as a rug pull to ensure that reunion never takes place.

It’s also a bit surprising to many fans of The Boys comics. In the comics, Black Noir is actually a clone of Homelander. Albeit, one with significantly more mental imbalance (If you can believe that’s even possible). So, it really shouldn’t be possible for Homelander to kill Black Noir, at least not as easily as he does in the finale.

But, of course, that’s going off the comic continuity. And the show is no stranger to veering far off the comic’s continuity. It’s actually one of the few examples of an adaptation that strays far from the source that many fans consider superior to the original. A rare sight to see. Still, though, many are unhappy with Black Noir’s sudden murder. But is he truly dead? It seems like too suspicious of a rug pull after all of his new character development for him to be truly gone. And with Soldier Boy still around, as well, many are predicting that we will eventually get that reunion.

Amazon put out the announcement that The Boys is getting a Season 4 before Season 3 even began to air. It’s undoubtedly the biggest thing on the platform right now, so of course, they’re going to keep it going. How many more seasons the show will have is anyone’s guess. We’re through with a significant amount of the comics’ story at this point. But, as mentioned before, this show is no stranger to straying away from comic continuity.

Every episode of The Boys Season 3 is out on Amazon’s Prime Video now. Season 4 is coming, but hasn’t yet begun production.