In honor of Father’s Day, John-David and Abbie Duggar shared a special photo with fans. They documented this important day with a picture of John-David being a dad to his little girl. Keep reading to get all of the details and to see the sweet photos, too.

Currently, John-David and Abbie have one daughter, Grace Annette. She celebrated her second birthday in January. Now, their little family is growing.

On Mother’s Day this year, John-David and Abbie Duggar announced to fans that they are expecting their second baby. They said their baby boy is due in “late summer.” So, it won’t be long before he makes his debut.

On Instagram on Sunday, June 19, John-David and Abbie shared a new photo with fans. In the snap, John-David is standing outdoors with his two-year-old daughter in his arms. He’s wearing a suit while his daughter is in a pretty dress. Below, you can see that he’s wrapping up his little girl in his suit jacket. The dad and daughter are all smiles.

In the caption, they simply wrote, “Happy Father’s Day! 😘”

It looks like both John-David and his daughter Gracie are very happy and comfortable.

In the comments section of the new post, fans are sending in sweet Father’s Day messages to John-David.

One fan says, “Happy Father’s day, soon you will have a little son to love!”

Someone else adds, “Awwweeee it’s good to see you John and of course little Grace…. Happy Fathers Day.” 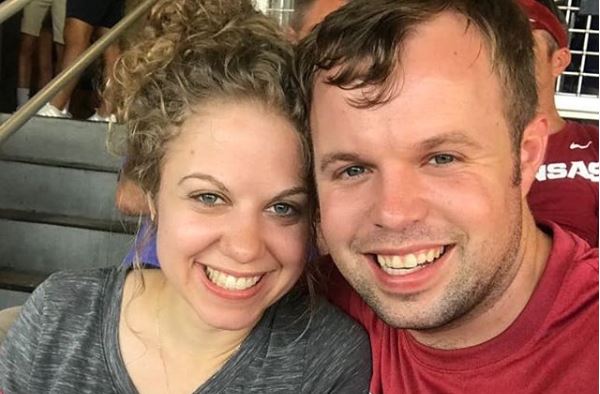 Of course, fans are also loving the sweet snap of John-David and Gracie. Many are talking about how “gorgeous” Grace looks.

By next Father’s Day, they’ll have another little one in their family. So, fans should keep an eye out for a baby announcement very soon. It won’t be long before their little boy arrives.

So, what do you think of this Father’s Day snap from John-David and Abbie Duggar? Do you love the sweet moment they captured with Gracie? Share your thoughts in the comments section below. And come back to TV Shows Ace for more Duggar family news.