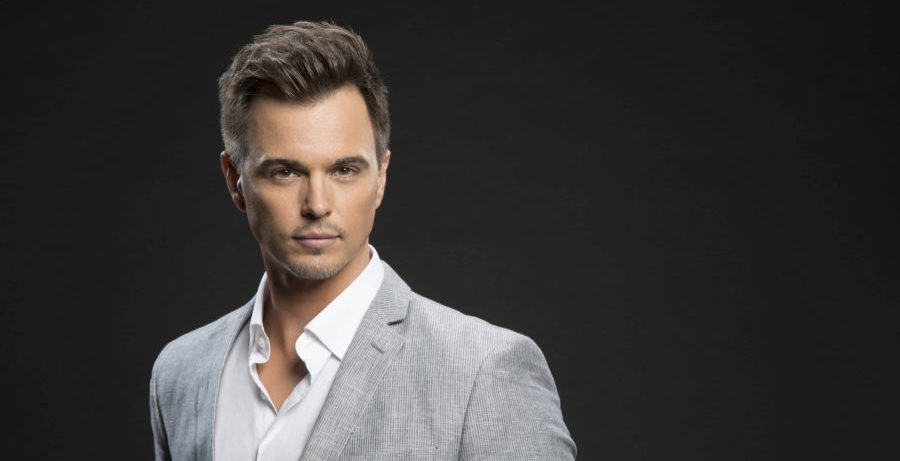 Upcoming spoilers for The Bold and the Beautiful reveal that Wyatt Spencer (Darin Brooks) is back again. He hasn’t been on the CBS soap much, but he’ll be on screen as the ever-patient sounding board for his father. According to what’s to come May 16-May 20, a lot will be unraveled after the arrest of Sheila Carter (Kimberlin Brown). The aftermath will severely impact Brooke (Katherine Kelly Lang) and Ridge Forrester (Thorsten Kaye). Add to this Taylor Hayes (Krista Allen) as well.

Bold and the Beautiful spoilers peg Wyatt as back on screen

So, what will Wyatt’s reason for coming back to The Bold and the Beautiful entail this week? According to spoilers out, Bill Spencer (Don Diamont) is concerned about Brooke’s happiness. He’s beside himself that Ridge is incapable of loving Brooke the way he believes she should be. Hardly a new twist for the show, Bill spews his disgust at the dressmaker for his treatment of Brooke. Wyatt will sit through his dad’s rants about Ridge. It wasn’t long ago he was doing the same thing with Wyatt and Liam (Scott Clifton). Is this the beginning of the repeated Ridge/Brooke/Bill triangle? It wouldn’t be surprising. To launch the possible path of this love triangle, Wyatt will be there as Bill vents.

Spoilers spill what episodes Wyatt will appear on

Wyatt will be on The Bold and the Beautiful Tuesday, May 17 and Wednesday, May 18. It’s unknown if this is the beginning of fans seeing more of Wyatt. His fiancee, Flo Logan (Katrina Bowden) isn’t seen at all. She’s been completely off the show since last August.

Typically a regular character on the show, Wyatt is rarely on the show nowadays. Between taking family time off and working on other entertainment projects, he makes small appearances on the soap now. It’s commonplace for characters to be off-screen for months at a time with no explanation. If they don’t have a storyline, they’re simply not onscreen whatsoever. Despite no one leaving town or being written off the show, regular characters are plain absent at times. It’s frustrating for viewers who often wonder where their favorite stars are.

Wyatt hasn’t been on the show much since last August. In real life, he’s taken out time for family and working on other entertainment projects. Darin Brooks is currently filming an Apple TV+ series called Amber Brown. The series debuts July 29 and he stars opposite Grey’s Anatomy’s Sarah Drew. By the sounds of it, he’s happy to be part of the series.

Are you excited to see Wyatt Spencer return this week on The Bold and the Beautiful? As for his fans, they’ll be relieved to finally see him be back.

Heather Tooley
Heather enjoys watching 'The Bold and The Beautiful' and a few of 'The Real Housewives' reality TV shows. She enjoys writing analysis pieces and news on her favorite programs.