Duggar fans are horrified after watching a compilation of the kids’ wet and messy kisses from over the years. Old clips of Jim Bob and Michelle’s kids smooching have resurfaced online, sparking a big reaction from TLC fans.

Though the family is no longer on TLC and doesn’t post much on social media anymore, fans are still digging up videos and pictures from their past. Often, some of the family’s awkward, cringey moments will circulate on social media.

After Josh’s arrest in the spring of 2021, some of his bizarre and disturbing comments came to light. Fans and critics have revisited some of his uncomfortable moments from his time on TLC. 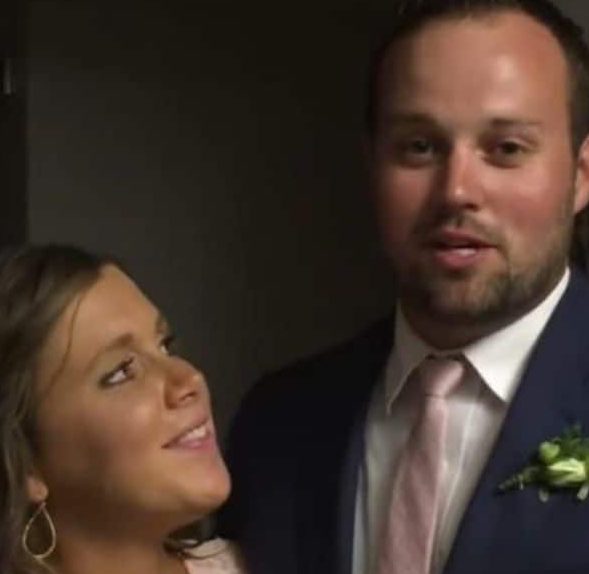 Now, another cringey Duggar video is making its rounds online. Scroll down to check out the video and find out what the family’s fans and critics have to say about their PDA.

Duggar fans are disgusted by the sloppy smooching video.

On Reddit, one Duggar snarker compiled a few of the family’s kissing videos from their time on TLC. It looks like this video isn’t limited to just Jim Bob and Michelle’s kids, however.

In a couple of the clips, you can see Anna’s sister, Priscilla Keller, smooching her new husband, David Waller. They are the couple in the car on their wedding day in 2012 in the first clip.

Throughout the video, you can see David and Priscilla share another couple of kisses.

At the end of the compilation, David and Priscilla aren’t the only ones kissing, though. Jim Bob and Michelle, as well as Josh and Anna, are all kissing in the Duggar family’s living room.

This compilation got a big reaction from fans and critics. The user who posted the video says it “kills” them.

Someone else chimes in, “The fish kiss in the beginning. I am so uncomfortable.”

Another snarker adds, “I’m trying to imagine sitting around at my in-laws while the couples just kiss each other.. together? So weird.”

Others are calling the videos “disgusting.” Some are wondering what is even happening in these clips.

“What a terrible day to have eyes,” jokes another Reddit user.

Of course, these aren’t the only uncomfortable Duggar moments to surface online over the years. After many seasons on TLC, plenty of awkward moments have been captured.

So, what do you think of this compilation? Do these kisses horrify you, too? Tell us your thoughts in the comments section below. And come back to TV Shows Ace for more Duggar news.