Alison Sweeney’s 2021 net worth has a lot to do with the success of the programs and movies she’s been in. You may recognize her because she has performed in more places than you may remember. This season, you may spot Sweeney in a Christmas movie on Hallmark or on daytime television performing on the long-standing soap opera, Days of Our Lives. Her career has led her to have a fair amount of wealth, here’s a breakdown.

A Career Highlighted With Awards

Sweeney got her start in the early 1980s as a child in a Kodak advertisement. A few years after appearing in the ad, she landed a one-time role in an episode of Tales From the Darkside where she played a psychic little girl who could predict people’s deaths. She went on to play a number of small roles throughout the remainder of the 80s.

It wasn’t until 1993 that she earned the role that would possibly define her career on Days of Our Lives. At the time, Sweeney was just a fan of the show. She had no idea that she’d eventually become one of the show’s most-loved characters. Her role as Samantha “Sami” Brady has earned her more than a dozen nominations for various awards, eight of which she has won. She’s even won the Soap Opera Digest Award for Outstanding Villainess three times.

Credit: YouTube/Days of Our Lives

Throughout her career, Sweeney has publicly struggled with her weight, which she detailed in a memoir called All the Days of My Life (So Far). She didn’t let the tabloids get to her though. Sweeney went on to appear on Fear Factor, Friends, host numerous telethons, and even went on to take over hosting duties on the reality show The Biggest Loser. Eventually, she took leave from acting on Days of Our Lives to focus on her other projects. However, she always winds up returning. In 2017, she reprised her role as Samantha nearly 24 years after she first appeared on the program.

That’s not to say being a TV host and soap opera star are the only things Sweeney has accomplished in her four decades in the spotlight. She’s also appeared in a number of Hallmark movies, dating back to 2013. Most recently, she was cast in a Hallmark mystery movie series. The fifth film in the series was released in 2021.

When we say, “The Biggest Loser,” we’re talking about the television show. Sweeney appeared on the show and it made her way more than her career as a soap star. During her time on the reality TV show, Sweeney earned a jaw-dropping $45,000 per episode. Compared to the $2,000 to $5,000 most soap opera actors are making to appear in an episode of Days of Our Lives, it was a significant come up. Her earnings from The Biggest Loser definitely helped contribute to her estimated net worth of $9 million. 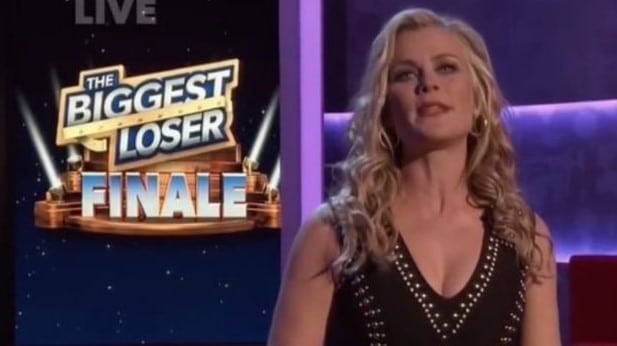 Other episodes of different programs she has appeared in over the years also netted her around $45,000 each. Sweeney also has some real estate that contributes to her net worth. The home, located in Hollywood, is worth $1.8 million. The Alison Sweeney 2021 net worth isn’t likely to change much in the years to come. She hasn’t revealed any projects coming up, but fans can expect to continue to see her on daytime TV.