The Sister Wives ladies are not having much success in the eyebrow department. Viewers cannot stop criticizing the way they overdraw them, making their brows look extremely harsh. It is so overpowering, some fans have likened it to a distraction. Both Robyn and Meri have come under fire for their poorly done makeup yet the next generation is not immune. Mykelti Padron has come under fire with social media wondering what exactly is going on with her bow situation.

Mykelti cannot help if she cannot get her brows right. She does not have the best role models to look up to. Two Sister Wives, Meri and Robyn have come under immense fire for the way they wear their makeup. Last year, fans had a hard time looking past Meri’s eyebrows and wanted her to get them fixed. They started posting on her social media about them, making it a very popular discussion topic. Despite the constant commentary, Meri joined in on the joke, poking fun at herself.

Soon, fingers were being pointed at Robyn. In a Reddit thread that was supposed to be about Robyn’s son Solomon’s RSV, the topic turned to her poorly done eyebrows. “You know what is stressful are Robyn’s eyebrows,” a viewer tweeted. So much occurs in one episode of the show yet this is what the focus has become. Questions of a better makeup artist have come up.

However, it appears these women do their own faces since they look the same on and off the screen. With these two women as examples for the younger generation, it only makes sense the girls would pick up tips from them. Maybe this is why Mykelti is being called out for the way she does her makeup. On Twitter, some viewers recently took note of her, in particular. It left them with many questions.

This conversation started with one tweet: “What’s up with Mykelti’s eyebrows?” It just spiraled from there. Yet, fans really like Mykelti. In fact, this is why they believe less is more when it comes to her eyebrows. One tweeted: “She’s cute but all of the makeup is bad :/.” 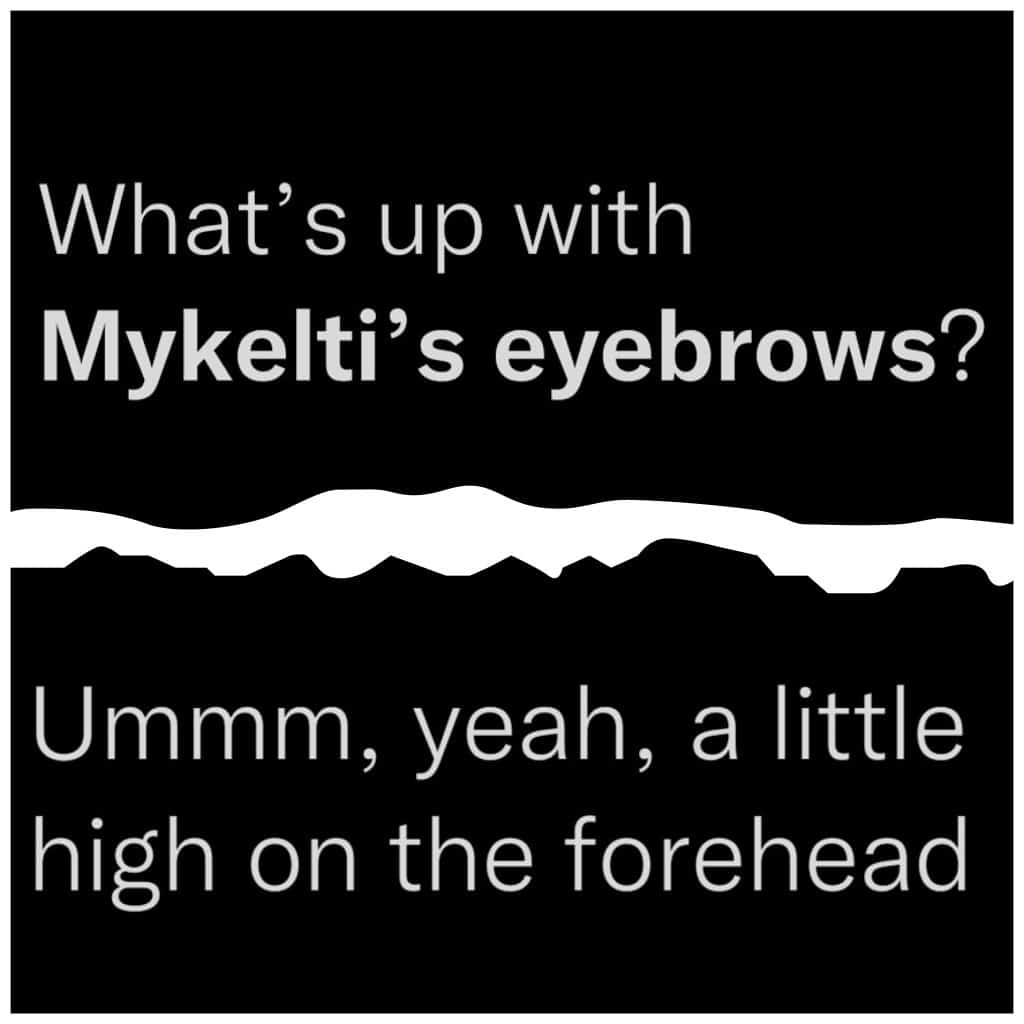 Someone added they were a little high on the forehead while another person noted, “they’re trying to escape.” Back in February, an Instagram follower commented this on a selfie: “I think you’re beautiful and this comes from a place of kindness you should really rethink the wedge shape of your eyebrows maybe get micro-blading or tattoo or use a stencil they are just too harsh for your face.”

Mykelti is a beautiful and sweet girl, fans adore her. Over time, maybe she will hear what they are saying and just live naturally. What do you think of the Brown ladies’ brows? Let us know in the comments below and watch Sister Wives Sundays on TLC.