ABC has finally made the official announcement that Clayton Echard is the new lead for The Bachelor. Today, he appeared on Good Morning America and shared his thoughts on what he’s looking for and more importantly if he found love. Keep reading more to find out about The Bachelor.

It’s been no secret that Clayton Echard is The Bachelor. However, it wasn’t until Tuesday night during Michelle Young’s hometown dates that ABC finally decided to officially announce the news. A promo aired featuring Clayton and showed clips from his season. In one voiceover fans heard Clayton say he knows his wife is among the ladies there.

ABC also shared photos on social media. He was sitting with a bunch of puppies. What better way to get fans to love Clayton than to show him with puppies? The caption read, “Everyone loves an underdog.”

Today during his first interview Clayton shared how honored he is to be given the opportunity. In fact, he said he still gets chills when he hears it. Clayton also said during his journey he learned a lot about himself. He learned to be comfortable with being uncomfortable. Clayton said being on the show forced him out of his comfort zone and he can’t wait to watch it all back. 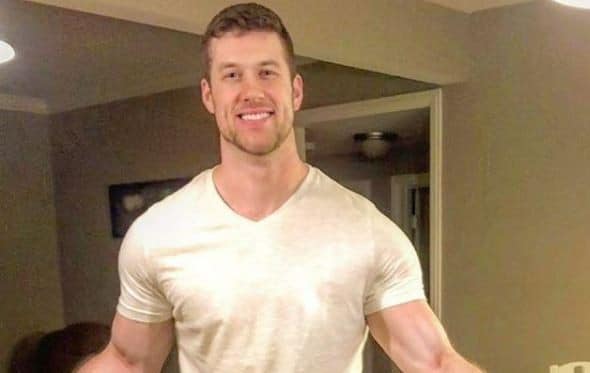 Did he find love?

Going into the process, Clayton Echard dished that he had a checklist of what he was looking for. He wanted to find a woman who puts forth an effort and is funny. What he didn’t expect is for the women to fully exceed his expectations. Clayton said the women brought so much to the table and blew him away.

So, did he find love? When asked if he found love during his journey as The Bachelor, Clayton said he did find love. Obviously, he didn’t give away who won his heart but did admit to finding love. He also said when he started the journey he was skeptical but ultimately was pleasantly surprised. He’s glad he took the plunge and accepted the gig.

It's official! 🍾 Clayton is ready to find the one when #TheBachelor premieres Monday, Jan 3! 🥰 pic.twitter.com/7rmPxA2jH6

Throughout filming, there have been numerous reports of front runners. Clayton’s season was the first since the pandemic hit to travel internationally and visit contestant hometowns.

He finished filming his season just before Thanksgiving.

ABC is set to announce Clayton as The Bachelor on The Bachelorette: Men Tell All which airs soon.

What do you think about Clayton so far? Stay tuned for more updates and don’t miss his season premiere on January 3 on ABC.

Fans Ponder How TLC Gets Tammy Slaton To Cooperate With Them
New Life Brings Christine Brown Close To Heaven
‘Bold and the Beautiful’ Weekly Spoilers: Brooke is Stunned That Deacon Still Loves Her
Savannah Chrisley Gives Mini Tour Of Renovated Home
‘GG’ Gharachedaghi Hinted Lala Kent Is A ‘Cheater’ Too?