Whitney Way Thore has always been pretty open about her life when it comes to her fans. The reality celeb recently opened herself up to fans on social media, welcoming them to ask her anything about her life prior to being on television. While Whitney answered a wide variety of questions via her Instagram stories, fans were shocked when she revealed all the juicy details about her first intimate encounter. Read on to find out about Whitney’s ‘first time’ experience.

My Big Fat Fabulous Life star, Whitney Way Thore opened herself up to the curiosities of her fanbase with a lighthearted game of ‘Ask Me Anything.’ The quirky q+a format is a favorite among social media influencers. It basically permits viewers to ask a celeb questions about their personal life that may have otherwise gone unanswered.

Whitney answered many questions from fans, putting the answers in text blurbs that she posted to her Instagram stories. Whitney has specifically opened herself up for questions regarding her life prior to her time on television. Viewers asked her questions that ranged from mild to just downright odd. A few inquired about her musical preferences in high school. One person asked if she had a condiment of choice for french fries.

The questions did slowly get more personal. For example, one person inquired if her parents (Babs and Glenn) taught her about “the birds and bees.” Whitney responds to the question by saying that no, her parents never had the talk with her. She recalls, that as a young woman, she took the sexual education class provided by the high school. In addition, when she felt ready, she visited her local Planned Parenthood before becoming sexually active. 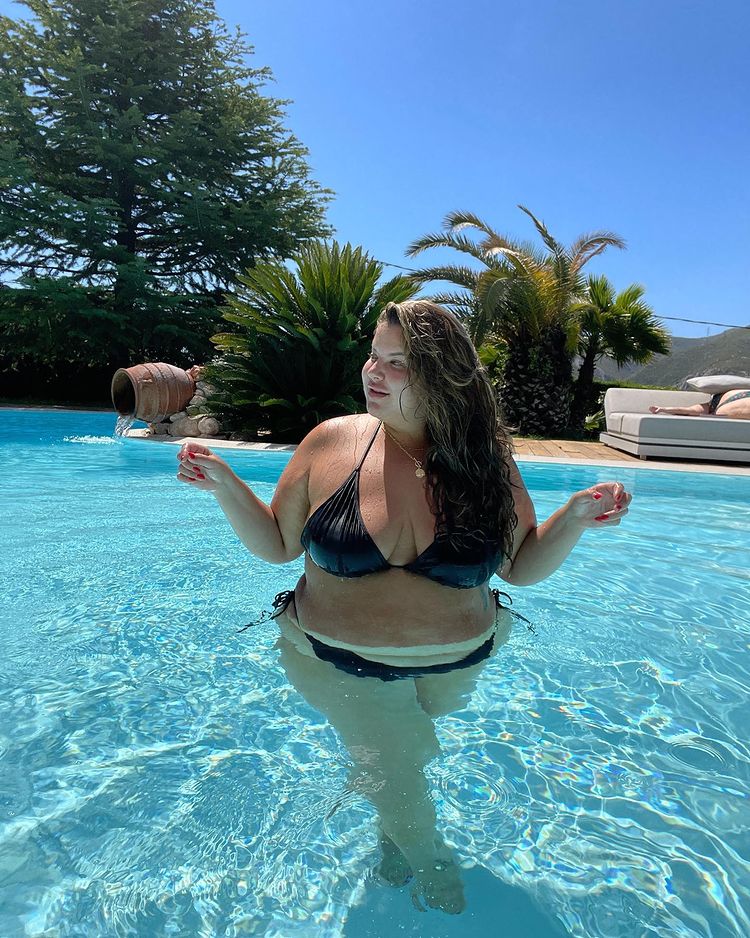 Whitney Spills The Tea On Her “First Time”

Further into the star’s Instagram stories, one fan asked Whitney to describe her “the first time.” The TLC star wrote that her first intimate experience was with the boy she had been dating for two years. She reveals that they skipped school that day and did the deed at his house. The recalls wearing a denim skirt and a blue v-neck top.

Whitney was very blunt with her fans with the information she provided. The notoriously hefty reality starlet reveals that she lost her v-card just a few weeks before her 18th birthday. She shares that the couple purchased KY brand condoms at a local drugstore beforehand and that she had been on the Depo Provera shot for birth control.

Whitney also says that when they were done, she even made it back to campus before the school day ended.

While with her answers being in Instagram story form means that fans cannot comment on the content, we can only imagine what the comments might have looked like had this been a regular Instagram post. Thankfully, a large portion of Whitney’s fan base loves the fact that she is so open and in control of her feelings about her body and sexuality despite being a woman of size. Her experiences tend to make her relatable to a lot of people who likely don’t have representation in the industry otherwise.

Stay tuned to TV Shows Ace for all the latest on your favorite television celebs and stars!