In most seasons of The Bachelorette, the final two men meet the lead’s family. This time was a bit different. Katie Thurston already sent Justin Glaze home before his fantasy suite date. So, Blake Moynes was the only man lucky enough to meet her family. Katie had her mom there of course and also her Aunt Lindsey. She definitely made an impression on Blake and on Bachelor Nation. Now that the show has aired and Aunt Lindsey knows Blake proposed, Katie, is revealing some messages from her family about the situation. Keep reading to find out more.

Katie went to Twitter to reveal part of a group message she was having with some of her family members. First of all, just a little recap of Aunt Lindsey’s meeting with Blake. Aunt Lindsey was tough. In fact, many believe her to be rougher than Barbara Weber. Of course, Barb is Peter Weber’s mother who had a verbal throwdown with Madison Prewett on his season finale. Aunt Lindsey may have been worse.

She told Blake he didn’t matter. Lindsey also reminded Blake that two other leads on The Bachelorette didn’t want him. Ouch! She didn’t let up as she continually put Blake on the spot. So, what does Aunt Lindsey think now that the show is over and Blake did indeed propose?

In a text to Katie, Aunt Lindsey said, “I legit feel like I owe this kid an apology.” She continued saying, “Did I f*ck him up so bad you had to take him to an energy healer.”

Another member of Katie’s family named Sam responded by saying don’t apologize for being yourself. She also noted that Blake seems to be the only guy there who could handle their family. Sam also noted that even after Aunt Lindsey grilled him, Blake still liked Katie and wanted to be there.

What does Blake think now?

Looking back now Blake says he can laugh about it. Of course, at the time he was intimidated. Who wouldn’t be? Now that it’s all over and the cat is out of the bag about their engagement, Blake can’t wait to have a beer with good ol’ Aunt Lindsey.

Bachelor Nation was stunned over Lindsey’s comments to Blake. Even Blake’s mom had some fun with it. Emily Moynes went to Instagram to share a photo of her standing by her television with Aunt Lindsey on the screen. With a hand on her hip she said, “Thanksgiving dinner should be fun…😂😂 #Clinkaglass.” 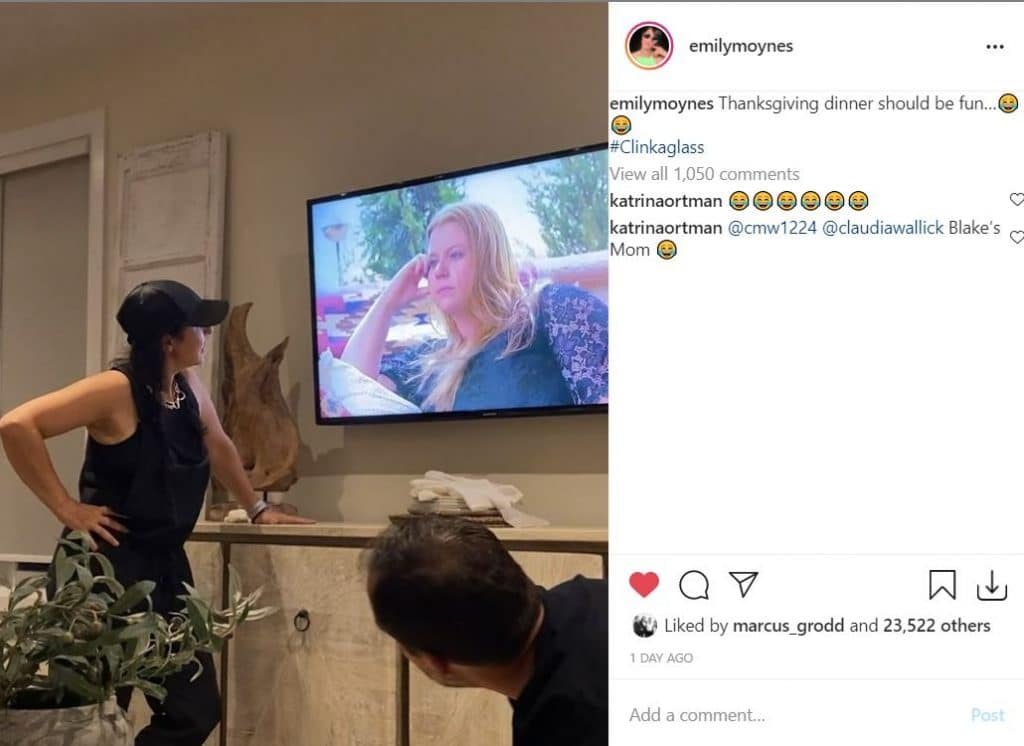 Hopefully, it’s all water under the bridge and truly these families seem like they will mesh well. Cheers to them all and congrats to Blake and Katie.