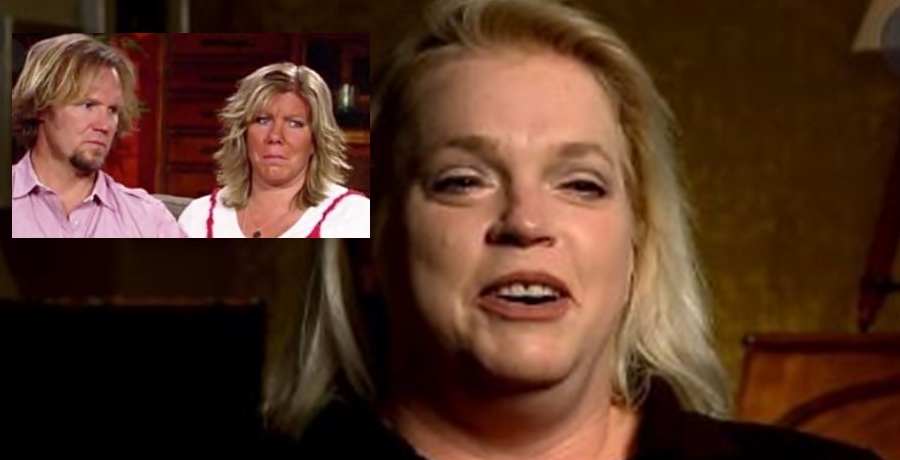 Sister Wives star Janelle Brown and Meri often seem at loggerheads and fans saw a couple of instances in Season 15 where that became evident. However, her issues with Kody and Meri go back a long way. Plus, it seems that some TLC fans believe their issues with each other spill over to Janelle’s daughter, Maddie Brush. Did you know that at one stage, Kody’s second wife moved away from the family over Kody and his first wife?

If you watch the TLC show, you probably already know that Janelle married Meri’s brother, Adam. Plus, her mom married Kody’s dad Winn. So, the two women knew each other even before the TLC show started airing. However, after they married, it seems that things went sour for them. Through the years rumors of problems arose. Plus, fans saw that at one stage, they couldn’t bring themselves to ride along in the same car. In Season 15, fans also saw Meri completely denied that she and Janelle discussed how the family problems started back in their separate homes in Las Vegas.

Janelle Brown Thinks Their Family Is Missing Something

Sister Wives star Janelle Brown broached the issue of Meri again during the last season of the show. Kody and Meri annoy fans as they constantly fight. Clearly, it annoys Janelle as well.  In fact, Meri says she stays in the family because she loves them all so much. However, for Kody’s second wife, it just causes a lot of stress in the whole family. Actually, The Sun UK reported in April last year, that tension with Meri seems to spill over into Maddie Brush’s life. That came from a tweet where she talked about someone who scared her for her “whole f**king life” and “she plays like she’s the one who’s hurting. She was a monster! Now she’s attacking one of the few safety nets you had?”

How far back do these problems go between the two women?

Sister Wives star Janelle Brown actually left the family a long time ago, for a couple of years. It happened when they still lived in Lehi, Utah. In the book, Becoming Sister Wives, she detailed in 2012, how she took the kids and moved out. Apparently, bearing five kids in seven years made her feel overwhelmed and depressed. Then on top of it, she and Meri clashed really badly. Fed up, she moved to her mom’s place and stayed there much longer than the two days or so that Kody expected.

Sister Wives star Janelle Brown finally returned but only after she insisted on a separate apartment from the rest of them. Fans know that Meri has issues with Robyn, although she denies it. Plus, Christine always felt a lot of jealousy. Meanwhile, we now know the story of Janelle and Kody’s first wife. Perhaps, instead of hanging around as a tragic weeping willow, Meri should do herself, and the rest of the family a favor and make a new life with a man who loves her.

What are your thoughts on the dynamic between Kody and Meri that seems to cause a lot of stress for the other wives? After all, they no longer live as man and wife and he seems to despise her.  Sound off in the comments below.

Remember to check back with us often for more news about TLC’s Sister Wives stars Janelle Brown and Meri.