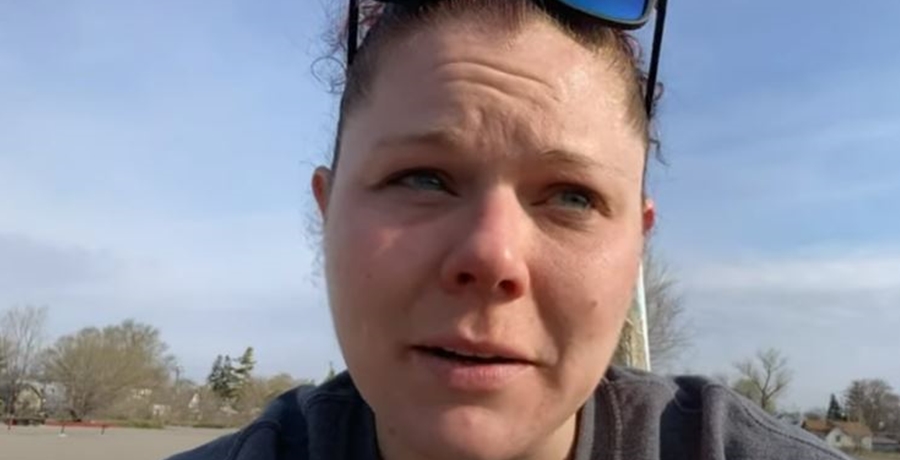 Love After Lockup stars Courtney and Josh sounded very interesting. In fact, WEtv fans thought that she possibly brought one of the stories of the most interest since the show started. After all, she previously worked as a corrections officer. Furthermore, she did time herself for the way she acted with him. However, now fans simply wonder what the heck is wrong with her after new spoilers emerged.

One thing about this controversial couple is that you really can’t make this stuff up, some fans think. Right from the teasers, fans know their story came with a difference. After all, it’s not every single day that corrections officers fall in love with their inmates. Plus, even fewer of them might risk a jail term and termination of the job by falsifying records to spend more intimate time with their jailed love interest. Or, probably few people might marry their imprisoned lover by proxy. Now more spoilers come out that cause some head-scratching.

‘Love After Lockup’ Spoilers: Why Was Courtney Arrested?

Earlier this month, more Love After Lockup spoilers emerged that revealed domestic abuse. In fact, Courtney and Josh got into a bust-up and he ended up arrested in December last year. Allegedly, he was violent against her and ended up jailed. Meanwhile, Courtney took out a no-contact order against him. The court records revealed that he was sentenced to costs and 30 days inside, which were suspended. It’s not clear if they kissed and made up since then. However, Courtney seems just way too strange for that to not become a possibility.

What the heck did she think she was doing?

New Love After Lockup spoilers from Starcasm reveals that falsifying documents for the visitor logs was just one step of trying to be with lover-boy Josh. Apparently, Courtney also petitioned the judge twice to reduce his time served. The outlet noted that she wrote a long letter which “was part of two separate motions for judicial release.” The first one filed in “July of 2018,” was followed by “another filed in December of 2018.” At the time of the first motion, she wasn’t yet married to Josh.

In her letter, which possibly helped her lose her job, Love After Lockup star Courtney said of Josh, “I was expecting him to be vulgar, negative, and manipulative towards me. Not once in our time together has he ever been any of those things towards me.” Really? Was he sweetness and light when he engaged in domestic violence? Or, did he forget that she ended up in jail as she believed he was such a charming fellow?

What are your thoughts on the corrections officer telling the judge that Josh was such a harmless sweetheart? Do you think that she miscalculated as Josh apparently got involved in domestic violence against her? Was it all worth it and is she delusional? Sound off in the comments below.

Remember to check back with us often for more news about WEtv’s Love After Lockup stars Courtney and Josh.