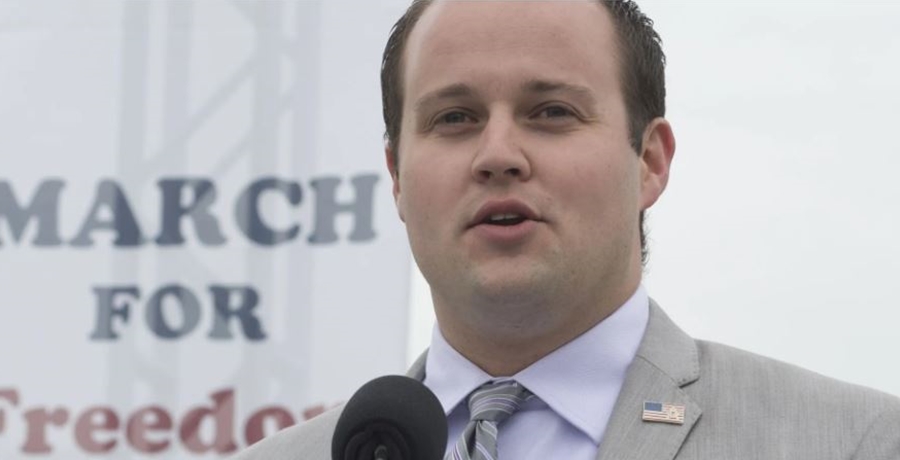 Josh Duggar got bail and currently stays with Pastor Reber and his wife. The terms and conditions of his bond seemed quite strict and the Rebers were questioned a lot on their motivation to take him in. Well, fans heard that the pastor’s wife wasn’t too keen on it. However, she was overridden by her husband. Now that news emerged that Anna Duggar’s brother is in a relationship with the Rebers’ daughter, Hannah, might that create legal problems for him?

We reported that news emerges that Anna’s brother, David Keller is in a relationship with the Rebers’ daughter, Hannah. The news came via Instagram this week. David shared a photo of Hannah and wrote, “Hey everyone I’d like you to meet Hannah Reber! I have really enjoyed getting to know her. God gives good Gifts. James 1:17.” Then on her Instagram stories, Hannah also shared a similar post about David being a gift from God. Naturally, that immediately raised a red flag for Katie Joy of Without A Crystal Ball.

When Josh Duggar posted bail, all sorts of conditions came attached to it. These include him living with LaCount and Maria Reber. The TLC alum stays in their “mother-in-law suite.” Apparently, before his hearing they didn’t know the full extent of the charges against him. The court heard that they knew the Duggars from Counting On for about five years. Once the court established no coercion of any kind by Jim Bob’s family to house Josh, he was allowed to go there. However, they have a closer connection than the courts were possibly led to believe. Their daughter dates Josh’s brother-in-law.

Will this complicate things for Anna’s husband on the legal front?

According to Katie Joy, the news about the relationship between Duggars and the Rebers might cause Josh Duggar some problems. In her YouTube vlog, she noted, that “Maria & LaCount Reber assured the court that they did not receive any gifts or incentives from the Duggars to house Josh while on Bond.” Well, a close family connection might actually have not come to light during his hearing. So, Katie suggested that it might even violate the bail conditions for Josh. On a side note, Josh asked for a delay in his hearing until February next year.

Katie Joy said that she doesn’t know for sure, but it’s possible given the relationship, that it might give Jim Bob some control over how the Reber family interacts with Josh Duggar. She surmises that with David Keller and Hannah dating, perhaps Jim Bob might be able to influence his court-appointed custodians. Kate mentioned that if Josh steps out of line, the Rebers would turn him in. However given the Duggar family connection, might they stay quiet? Might Jim Bob threaten to prevent Hannah from marrying David if they speak out?

It’s not clear if the courts consider this new connection between the Rebers and the Duggars as any sort of contravention of the bail hearing. However, it might be worth keeping an eye on things to see how it plays out.

Remember to check back with us often for more news about Josh Duggar, Anna’s brother David Keller and the Rebers’ daughter, Hannah.