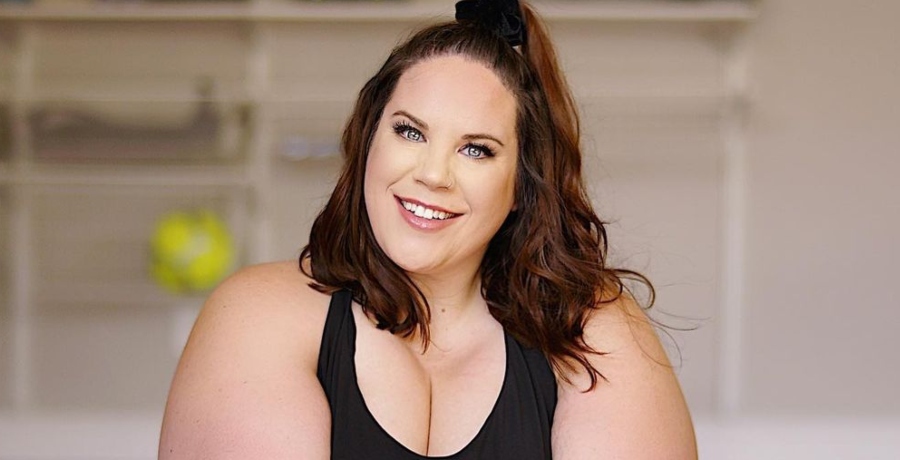 Whitney Way Thore returns for Season 9 of  My Big Fat Fabulous Life on August 17. In the last season of the TLC show, fans saw that she went through a huge drama about being too fat, so a man can’t love her. Between tears, she decided that she might try and go for gastric surgery. Well, the new teasers don’t mention it much, but she looks much slimmer in a recent photo.

My Big Fat Fabulous Life fans started wondering if a new man entered the TLC star’s life back in May. Recall, Chase Severino welcomed his baby by another woman and the whole focus of the season was about heartbreak. Anyway, without a romance, what else is there apart from a big girl running about with a bunch of friends? So, it came as no major surprise that in Season 9 of MBFFL, she’s interested in a guy from France. Coincidentally, that’s where she and Chase became engaged.

Many Whitney Thore fans suspected that a new season of My Big Fab Life might reveal her weight loss surgery and a new romance. For added drama, her family thought that she only wanted the surgery for “vanity” reasons, and not a real desire to lose weight. Actually, some fans wondered what her storyline might be if she lost weight. After all, she made her career out of her larger size. Fans don’t see anything in teasers that talk about whether she underwent surgery. However, Starcasm speculated that she might look at some fertility procedures.

In the new season of the show, Whitney Way Thore talks about her weight issues again. This time, she believes she can’t keep her fitness business going as people feel prejudiced against a fat trainer. So potentially, she could have talked her family into agreeing that gastric surgery wasn’t just about vanity.

Looking at the comparison photos below, she really looks much slimmer. It certainly looks like Whitney WayThore shed some major pounds.

What are your thoughts about the TLC star’s weight loss? Do you think she really went for gastric surgery?

Remember to check back with us often for more news and spoilers about Whitney Way Thore on TLC’s Season 9 of My Big Fat Fabulous Life.