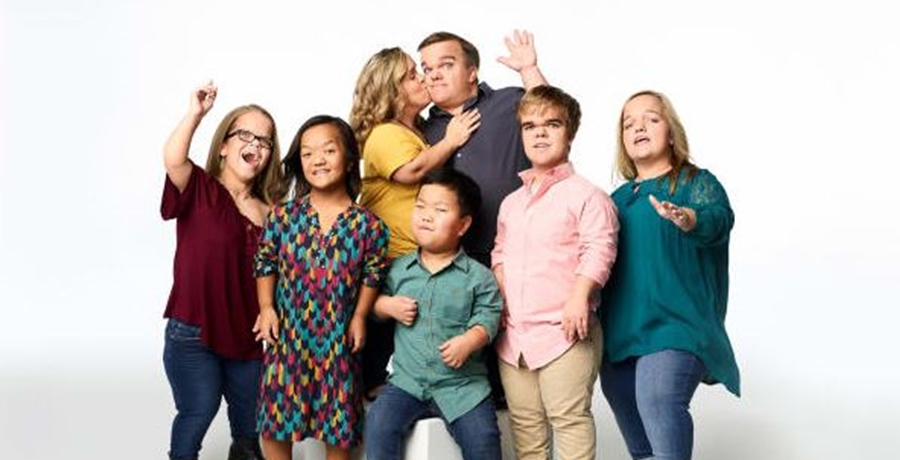 Trent & Amber Johnston take some heat from critics of 7 Little Johnstons. The little people met in their late teens and finally tied the knot when he was 22 and she was 19. Fans know that the mom of five suffered a lot of surgery and at one stage, she underwent back surgery that she blames for her extra weight to this day. Anyway, five or six months after marrying, she fell pregnant with their son Jonah. Liz followed, and then they adopted three other kids. Why did they opt for adoption?

Trent & Amber Johnston – older kids move out of the house

7 Little Johnstons fans currently see that Jonah looks for a place to live. Meanwhile, Liz and her adopted sister Anna also plan a move. Actually, last month fans saw on Instagram that the family all helped move one of their daughters. It looks like only Alex and his adopted sister, Emma remain at home. It’s been quite a toxic season for the family on TLC. Actually, many people think that they treat Anna differently from the other kids. Some critics even suggest that they favor their biological kids over the other three children.

Do Trent And Amber Johnston Pay For The Older Kids’ New Digs?

At the end of the last season of the show, Trent & Amber Johnston told Jonah to basically man up and get his own home. They felt that he needed to learn responsibility. After all, he’s 21 years old now. That came right at the end of the season where fans saw the couple spicing up their love life. Again, critics trolled on them about that. However, the couple still remains popular and definitely gets some fans who like the way they raise the kids. When fans heard that Alec Lace from First Class Fatherhood did an interview with Trent, fans hoped that he’d spill more about the kids, especially Anna.

The scary fact about pregnancy that helped prompt the adoptions

Trent & Amber Johnston loved their kids, so after Johan and his younger sister, Liz arrived they hoped for more children. Talking with Alex Lace, Trent told him that the two pregnancies were particularly hard on his wife. So, they felt unsure about making more of their own babies. After all, her short stature, surgeries, and previous deliveries made them feel some concern about her.  The 7 Little Johnstons patriarch revealed a major fact that you might not know. It related to why they opted for adoption.

Well, speaking with Alec Lace in the video that emerged on First Class Fatherhood on June 7, it’s evident that Trent & Amber Johnston had good reasons to worry. Trent told Alec, “When [Amber] delivered Elizabeth, she was 51 inches around [her girth.]” Then, he explained that his wife is “only 48 inches tall.” In other words, she was wider by 3 inches wider than she was tall.

Deciding on adoption, they found Anna first. He explained that they went for little people from outside the USA, as other countries are not so accepting of people with dwarfism.

Remember to check back with us often for more news about Trent & Amber Johnston from TLC’s 7 Little Johnstons.