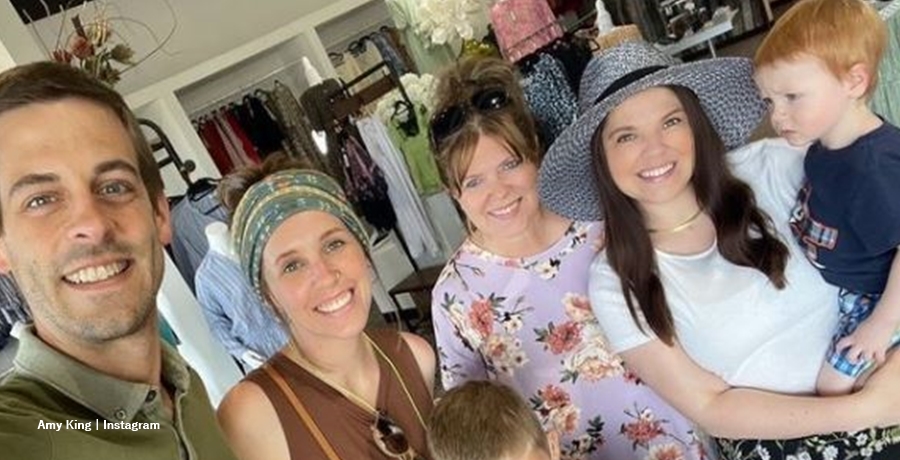 Amy Duggar King isn’t yelling from the rooftops about Josh Duggar’s arrest. Of all the relatives of Jim Bob, Derick Dillard seems the most likely to hint at his feelings about justice. However, some fans wonder if Amy feels strongly about it and rather communicates via cryptic memes. Apparently, she still sits under some sort of TLC NDA, so possibly, that keeps her from speaking out loud about it.

While the TLC alum from 19 Kids and Counting makes no direct statements about her cousin, she does hint at her disapproval of Jim Bob’s family. In fact, in September last year, she posted up on social media about blanket training. TLC fans know that the Counting On family loves the idea of it. Meanwhile, many people think it’s very abusive. However, in a sort of sideways slap at him, she noted, “There is NO blanket training happening at this house!! I want my child to roam free and to feel safe doing so! I want him to explore and be curious and make messes!”

Amy Duggar King might not say much, however, she and Jill and Derick Dillard get along well. Possibly, as both of them meet with disapproval from Jim Bob, they found common ground. Derick hinted more than once that he thinks about the Christian aspect of sin. Additionally, he posted about “equal justice,” which makes fans think he refers to Jim Bob paying Josh’s legal fees for alleged possession of child sexual abuse material. This week, he wrote, “Legal justice should not depend on how much extra cash you have to spend on legal fees, but sadly, that is sometimes still the reality.”

The Hollywood Gossip speculated that Amy Duggar King perhaps communicates her feelings about Josh using cryptic memes. Firstly, they noted that an early post after the arrest of Josh came with a card that talked about mental health. The outlet noted, “Her followers seem to have taken that as a sign that when she does post, there’s some hidden importance to everything she says.”

The outlet also dug up a social media post that Amy Duggar King shared about trust. Quite a famous meme often used on Twitter, it represented the number of people that the 19 Kids and Counting alum trusts. Clearly, she trusts nobody in her family. Could she talk about how the rest of her extended family trusted Josh not to offend again? Or, might she take a swipe at Anna Duggar, who stands by her husband despite the serious charges against him?

What are your thoughts on these cryptic messages? Sound off in the comments below.

Remember to check back with us often for more news, opinions, and rumors about Amy Duggar King.