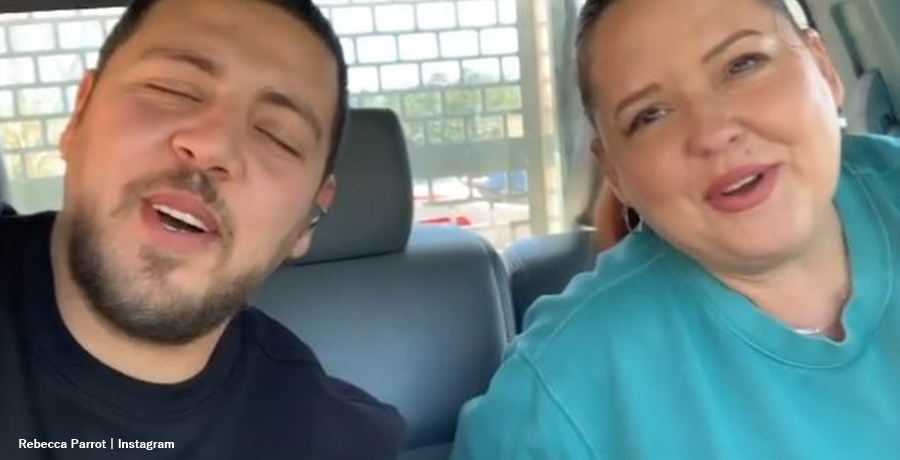 Rebecca Parrott and Zied Hakimi live together in the USA these days. Notably, she started changing her appearance back in January this year. Unfortunately, if people look old then 90 Day Fiance fans think they should sort themselves out. However, when they do go for plastic surgery and other procedures, people often troll on them. It’s a no-win situation. However, Zied’s new wife says she “could not care less” about people who say negative things about her transformation.

In January this year, fans could hardly believe their eyes at how the TLC star transformed herself. Fast approaching 50, she’s married to Zied who is about 20 years younger than her. So, some fans slammed her as they think she just undergoes Dysport injections to try and hang onto the younger Tunisian. Actually, it might make you think that critics would prefer she let herself go and he does leave her. Nevertheless, anyone who loves another person tries to look good for them.

Rebecca Parrott continued on with her procedures, despite some critics. By April 2021, she looked radically different. In fact, fans thought her continuing makeover took her to the next level. Rebecca Parrott’s makeover included fat removal from her abdomen as she carried a bit of a tummy pouch. Screenrant noted that she also planned a similar procedure for her “legs and thighs.” Actually, she looked way younger, and much slimmer back then. Nevertheless, it’s clear now, that she looks even more amazing, loyal fans think.

90 Day Fiance star ‘could not care less’ about negative people

On May 16, Rebecca Parrott took to Instagram again and revealed that she still feels a bit sore, and she still heals after her last procedure. However, she’s upbeat and on top of the world. Her photo revealed that a tight and slinky outfit she purchased no longer fits her. In fact, it’s way big, she claims, saying, “it’s at least a size too big.” That’s despite still being “swollen.” Additionally, she noted, “It’s hard to see here, but it’s supposed to be completely fitted and it’s wrinkled up with room to spare!!”

Obviously, Rebecca Parrott loves that she accumulated many loyal 90 Day Fiance fans. Additionally, she probably knows very well that a large part of income derives from TLC’s fanbase. Still, she told critics, “For those of you who will still say negative things, I could not care less. You can’t bring me down.” In the long post, the TLC star talked about how happy she feels. She noted, “I have never felt so good about my body,” adding, “This is just me, sharing how incredible I feel. ♥️”

Did people troll on her anyway? Well, yes, and that’s a given. One of them thought the photo was photoshopped and claimed her one “boob” look bigger than the other one. However, a lot of fans agreed that she looks wonderful.

Remember to check back with us often for more news and spoilers about Rebecca Parrott and her husband Zied on 90 Day Fiance.