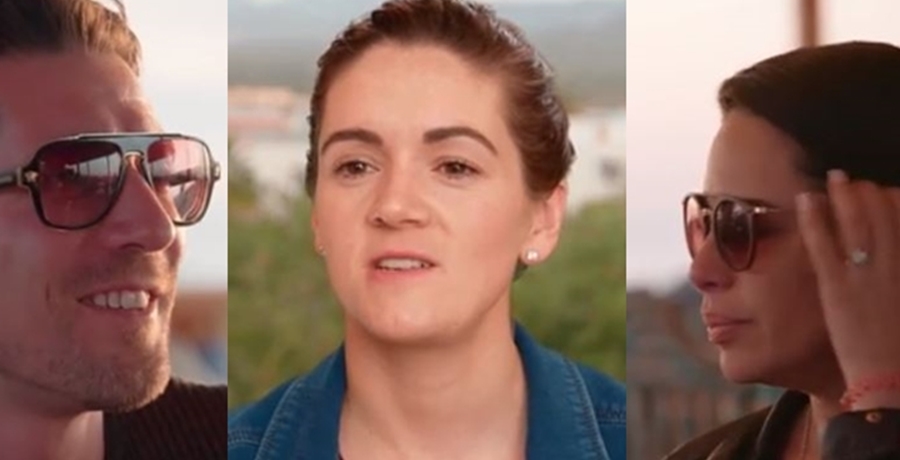 Garrick Merrifield seems like a bit of a creep, fans think. Now he told Dannielle to occupy herself with work while he chases after Roberta for some alone time, they slammed him. Actually, a lot of bad feeling goes his way as he claims to be a Christian. However, he cheated on his wife before he and Roberta married. Additionally, Seeking Sister Wife fans don’t like the way he refers to Dannielle as the “large” wife.

Seeking Sister Wife fans grow angrier each time they see Roberta, Dannielle, and “creepy” Garrick on their screens. In the latest episode, on TLC, fans saw how hard it is for Dannielle to start planning her wedding for her husband to another woman. Of course, they became divorced and that paved the way for the union. Certainly, it seems like Garrick’s the one pushing for the polygamous lifestyle. So, Danielle feels very insecure and fears that he falls out of love with her and loves Roberta more. After all, she simply can’t trust either Roberta or her ex-husband anymore.

Garrick Merrifield annoyed fans when he referred to Roberta as the “petite wife,” and Dannielle the “large wife.” So, fans decided that he’s such a “creep,” especially as he features Roberta on his Facebook profile. However, that’s the least of his horrid side. A teaser from TLC revealed that Roberta and Garrick actually cheated on her the first time. That came when Roberta insisted they should all sleep together so Danielle didn’t feel left out. Well, it turned out that they enjoyed intimate time that night, in secret. Dannielle tries putting on a brave face and says that’s “good.” But clearly, she seems too polite to speak her mind. So, fans think her ex takes advantage of her sweet nature.

Fans slammed Garrick Merrifield when he told Roberta he has a “surprise” for her and she needs a “Brazillian.” Anyways, they go off on a date and he’s all ready for alone time, fans agree. So, they grew angry when he told Dannielle he’d give her some paperwork to do. That way, she wouldn’t have time to think jealous thoughts about Roberta while he enjoys his date with her. He seems so excited that he finally gets Roberta all to himself. However, fans feel pretty disgusted with him.

On Twitter, one Garrick Merrifield critic said, “Garrick is an *ss! You just told your wife that you and a potential had s*x instead of talking about it first. then say ‘I need time alone with Roberta can you do some work for me.'”

Danielle, the ONLY thing Garrick's prioritizing over everyone & everything, is his D*CK, just like 95% of EVERY MAN on earth! Call the POUND and have that DOG picked up!#seekingsisterwife

Equally disgusted, another fan penned, “Garrick is a straight-up liar!!! Once Roberta invited Daniela to spend the night w/them Garrick had to work fast to get that piece before Daniela came back!!!! Douche nugget! And he says it’s about what God wants!!!”

What are your thoughts about Garrick Merrifield so obviously cheating, calling it God’s plan, and then telling Danielle to just get on and do some work while he chases Roberta? Sound off in the comments below.