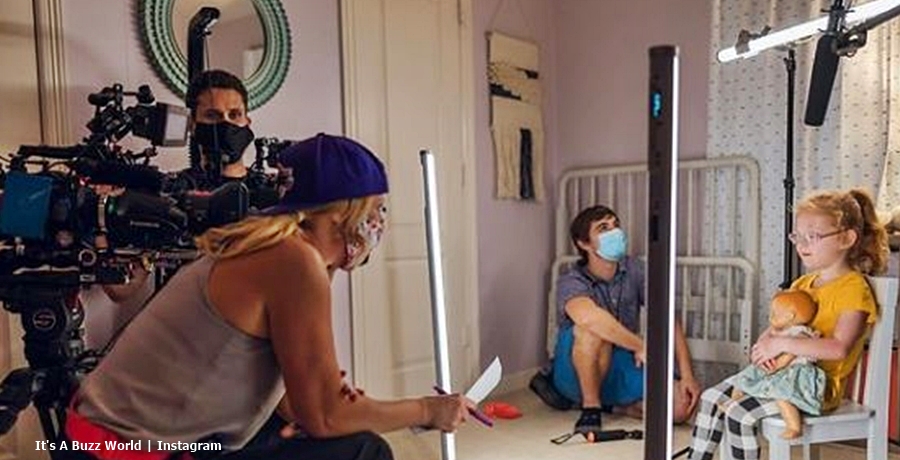 TLC’s OutDaughtered production crew uses Adam Busby’s garage when they film for the show. As you can imagine, they store a lot of stuff in there. In fact, they might also use it as a field office while they film what happens in the house and garden. With the current season concluding, Adam took to Instagram and told his fans that he starting a new project there. However, it could take him a long time to finish the massive undertaking.

Recall, the Busby family lived in another house but it became full of dangerous mold. In the season that aired the drama, the family moved out very quickly. After all, the quints were falling ill. After a chaotic few days, while they stayed elsewhere, the family found a home they could rent. Actually, it seemed rather nice and came with a swimming pool. Mind you, fans worried that the kids might fall in and drown as it wasn’t fenced. It took a long time to repair the old house and Adam updated about it months later.

TLC’s OutDaughtered dad, Adam seemed very happy with the refurbished home. So, fans wondered if they’d move back in. However, news emerged that they put it up on the market and purchased their temporary home. Since then, the family carried out extensive work in the new home. Fully remodeled, it really looks nice now.

Why Did Adam & Danielle Busby Remodel Their Home In A Pandemic?

However, photos revealed that the builders used the garage. Between the production crew, the renovations, and the fast move, the garage looks untidy and in need of a big reorganization.

A big project for Adam Busby

On April 14, TLC’s OutDaughtered dad took to his Instagram stories and explained that the production crew uses the garage, so there’s no room for tidying up. Actually, lots of production people probably use it. After all, IMDb reminds viewers that so much goes into creating the show. Sound equipment, cameras, and other stuff could easily fill a room. Additionally, when they first moved in, they were in a hurry, so a lot of their own stuff just got stashed in there. So, Adam said he now sorts everything and hopes to tidy it up. It needs cupboards, shelving, and organizing, so it sounds like a big project.

TLC’s OutDaughtered dad could take a very long time with completing his project. He keeps finding all sorts of things in the boxes. For example, he found beautiful plaques from the NICU. Each one gave the name of a quint and their weight. He really liked them and thinks they should remain heirlooms. However, there’s really nowhere to put them. So, he keeps them in storage. Meanwhile, other distractions come along. He found a partly completed Ghostbusters lego. So, Blayke and the family started constructing it. Uh Oh! It looks like Adam might prefer working on that to finishing his cleanup project.

TLC’s OutDaughtered dad also said that he’s keen to work on the Lego himself. Plus, he revealed some candies that he planned on keeping for himself once the kids went to bed. Do you agree that if he constantly gets distracted, it might take a very long time before Adam completes his big project? Sound off in the comments below.