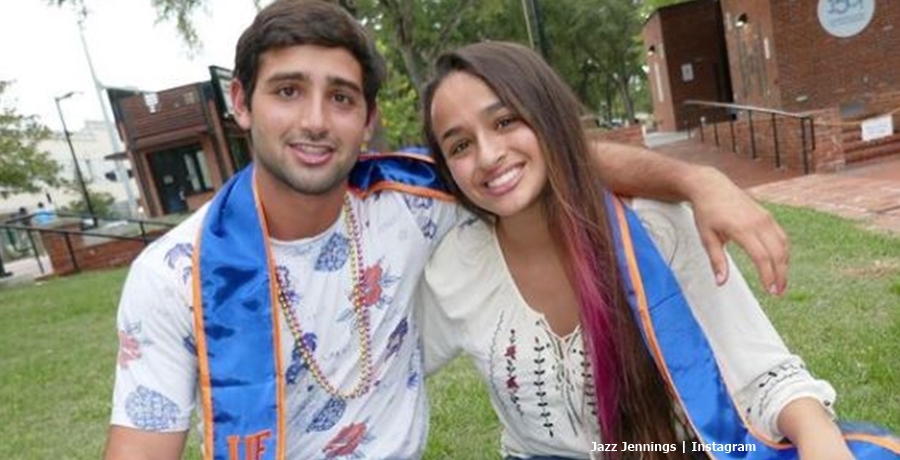 TLC’s Jazz Jennings garnered a lot of transgender supporters on her TV show, I Am Jazz. These days, she tirelessly campaigns for the LGBTQ+ community. So, it shouldn’t surprise her fans that she and her whole family campaign against Anti-Transgender legislation. In fact, fans think that as she seems very busy campaigning, that might explain why TLC didn’t renew the show yet. The rise in states pushing for these bills followed the Biden Administration’s Executive Order on gender equality in January.

The support for bills that prevent transgender people from participating in sports and more, might not originate with the average Donald Trump supporter. Actually, the Entertainment Chronicle reported in November about Melania Trump. Last year, Melania Trump hoped to”light up the White House” with rainbow colors for Pride 2020. Previously, then-President Trump “voiced his support for Pride 2020.” However, it emerged that the person behind preventing it was probably White House chief of staff, Mark Meadows. So, it never happened.

That might explain why a Human Rights press release opined that “opposing equality is highly unpopular — even among Trump voters.” Well, except for those inclined to extreme right-wing views. TLC’s Jazz Jennings noticed that the number of Anti-Transgender bills seems on the rise. Actually, the Human Rights press release talked about “the highest number of anti-transgender bills in history.” Obviously, as TLC documented the journey of Jazz from childhood to her bottom surgery, she makes a huge effort for like-minded people.

TLC’s Jazz Jennings gets full support from her family. Her brother Sander’s always there for the I Am Jazz star. So now, he supports her efforts for gender equality. On her Instagram account, the family gathered together and declared, “We must support change!” Initially, Jazz said that “transgender people belong.” Next, her brother said, “Anti-Transgender bill don’t.” Her sister then spoke, saying “about 30 states introduced bills just this year.” Meanwhile, her mom focused on gender equality in sports and health care.

TLC’s Jazz Jennings and her brother urged fans to please check out the “linktree” in her bio. Several links exist, with the priority right now, on Florida. The Florida link reveals concerns about the HB 1475 and SB 2012 proposals. The page notes that concerns arise as these bills “specifically…ban trans youth from the critical life lessons.” These include “sports” and matters related to “teamwork, dedication, and sportsmanship.”

Many fans of TLC’s Jazz Jennings thanked her for campaigning against the Anti-Transgender legislation. One of them commented, “I love that your whole family is vocal on these issues. Big hugs to you all! 💗” Plus, another one noted, “Jazz good for you and your entire family.💖”