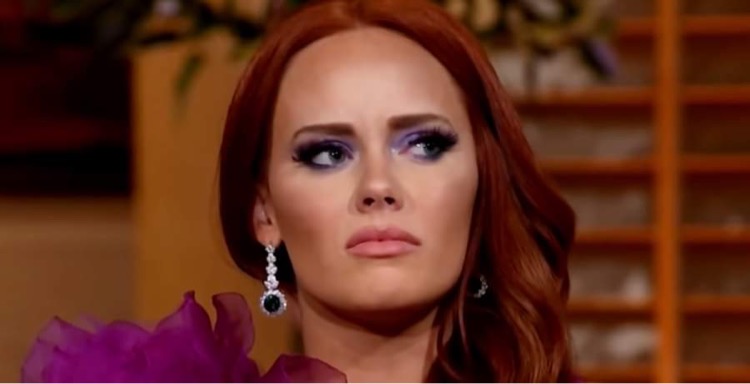 She and Thomas Ravenel of Southern Charm had a long drug out custody battle. Both parties threw every bit of dirt they could at the other. Finally, they reached an agreement. Thomas would have primary custody and Kathryn would have them five out of fourteen overnights.

That agreement would be changed to a split custody agreement in the summer of 2020 and Dennis was required to have a nanny which Thomas would pay for. It seemed all was well in their world. Kathryn moved on with a new beau and Thomas had a brand new baby boy. His girlfriend, now ex-girlfriend, Heather Mascoe gave birth to their son Jonathan who is now eight months old.

Kathryn Dennis’ Custody Trouble: Why Was The Agreement Changed?

According to People, an attorney for Thomas confirmed Kathryn Dennis no longer had custody of her children, at least temporarily. The documents are sealed, so it is unclear why that is. Fifty-four-year-old Ravenel has now regained primary custody of his six-year-old daughter and four-year-old son for the time being.

Thomas has accused Kathryn of many things over the course of their divorce. He did show up on the last season of Southern Charm with her. She stayed at his house while her apartment was being painted. That is why this new development is so surprising.

His legal council said, “I can confirm the information released last week that Ms. Dennis currently has weekend, daytime supervised visitation with the parties’ minor children. And that Mr. Ravenel plans to relocate with the children to Aiken, South Carolina this summer.”

He went on to say that because of the sealed documents there would not be any detail released about the reason the change was made.

Kathryn Dennis posted on Instagram just three days ago. She said, “inner peace. [SIC] Self worth.” One follower said, “I’d be a mess if I lost custody of my kids.” Several more fans asked her where the joy came from after losing her kids. Someone wanted to know how she got so thin. It’s obvious Kathryn has lost weight. Another follower said it was from all the cocaine she does. This sparked another argument in the comments about being rude.

In the post before that, Kathryn posed with her boyfriend and said, “you decide what you are.” A quote from Gianni Versace. Several fans questioned why she was at the Versace Mansion when she should be at home upset. This sparked a debate in the comments who told people to mind their own business and that she was doing the best she could.

What do you think about Kathryn at the Versace Mansion? Comment with your thoughts below.