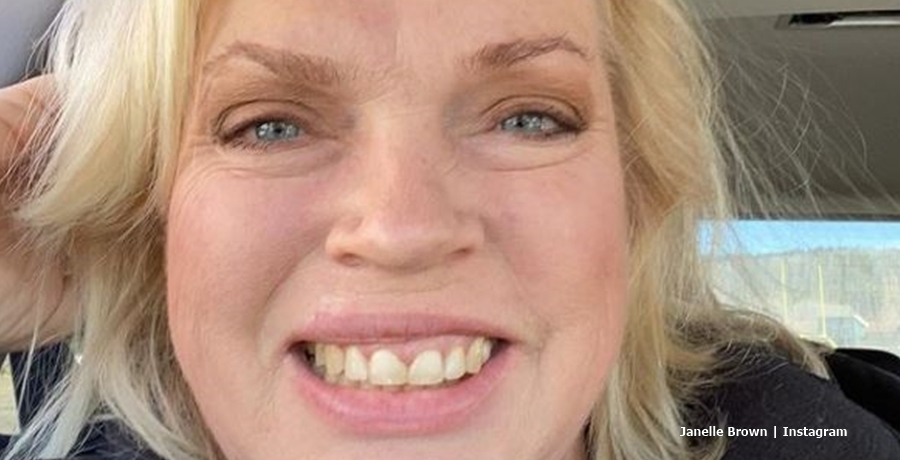 Janelle Brown took to Instagram Stories on Monday, March 8, and revealed that her son Garrison constructs a trailer home. He seems very clever with his hands, and progress looks very good. On his own Instagram Stories, Garrison, who prefers the name “Robert,” also shared a very similar photo. Actually, he seems rather talented in more than one way.

Most info that comes from Garrison gets shared by his mom Janelle. His own Instagram reveals a lot of photos and he seems like a very talented photographer. Fans love his photos, especially his night shots of the sky. But his mom also shared that he inherited talent from her side of the family. And that involves woodworking. We reported that she told her fans that he’s really good at carpentry, which Sister Wives fans liked. After all, lots of women like a man who works with his hands.

Janelle Brown shared a photo of Garrison working away at a table for her. The TLC star noted, “Garrison is building me a table! There is a long line of carpenters on my dad’s side of the family. Maybe he has picked up that torch.” So, it’s no huge surprise then to learn that he also works on his own trailer. The photos reveal that it really comes along nicely. In her caption, Janelle didn’t say if he builds it from scratch or if he refurbishes one.

Apart from carpentry, what does Garrison do?

Janelle Brown’s son Garrison joined the National Guard and many people thank him for his service when he does post anything. However, he apparently studies at the College of Southern Nevada these days. Part of his agreement with Kody was that he’d complete his schooling. Maybe he ends up making a career out of building things as his Instagram profile now says, “Building Materials.”

If Kody’s talented in the same area as his son with Janelle Brown, it’s not very evident these days. In the Sister Wives show on TLC, fans mainly see him agonizing over wives who seem unhappy. And some fans believe that Garrison looks at his dad’s lifestyle choice and decided against polygamy. In fact, he joined a different church from his dad, the Church of Jesus Christ of Latter-Day Saints. And the church renounced the practice way back in 1890.

Garrison dates a girl named Kylie Marshall and he seems quite serious about her. It’s been about 18 months since he went Instagram official. And Janelle Brown’s fellow sister wife Christine seemed a bit upset that he posted about Kylie before letting her know about it.

Don’t expect to see them on the show though. Like Janelle Brown’s other kids Hunter and Logan, it seems Garrison opts to stay off the TLC show.