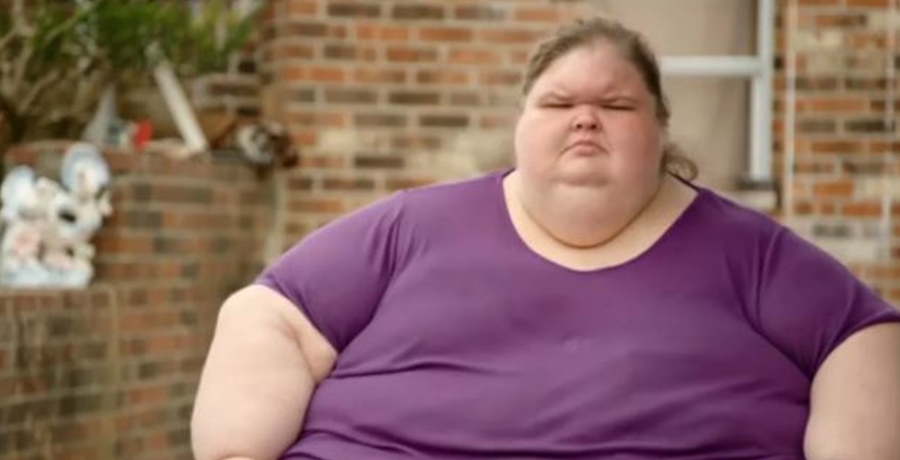 Tammy Slaton posts on TikTok but her behavior gets some people scratching their heads. The latest issue with the 1000-LB Sisters star on TikTok seems a bit harmless, if puzzling. But a few weeks ago, other concerns arose over the TLC star. Quite often, she posts duets in her TokTok and some of them seem a little concerning and disturbing for fans.

Tammy Slaton gets fans scratching their heads on TikTok

On the weekend, Tammy took to her TikTok, as she does quite frequently. But this week, fans noticed she didn’t say very much at all. In fact, in her duets, she makes a lot of funny faces, but that’s about it. And, she seldom interacts in the comments.  Recently, some of her duets on the platform have been more than a little concerning and disturbing for fans. For some reason, the 1000-LB Sisters star holds her phone up at an angle so she looks smaller.

Well, fans simply scratch their heads over that. After all, everyone knows Tammy Slaton is massively morbidly obese. In the comments section, one  TLC fan wrote, Tammy never says anything in her videos. all she does is hold the phone in the air looking crazy and mean.” They added, oh, and she don’t respond.” Rathe hilariously, another 1000-LB Sisters fan suggested it might not be Tammy and might be a double. So another fan told them they watch too many “conspiracy videos.”

TV Shows Ace reported that fans of Tammy Slaton seemed very concerned about some other disturbing behavior. Well, compared to just making a funny face, that is. Some fans think she showed rather too much interest in younger girls on  TikTok. Recently, she dueted with a girl who was determined to be just 17-years-old. And, fans thought the whole thing felt creepy and concerning. And, Tammy already said that she doesn’t mind intimate relationships with other women.

Actually, Meaww reported that she apparently took up with another woman. So, Jerry Sykes seems over now. Recall on the show, TLC revealed that Tammy Slaton discussed her secret preferences with Jerry.  Tammy said she was “pansexual.” She said that “it means love is love. I would date anybody whether they’re transgender, straight, gay.” When he questioned her further she admitted that she would date anyone, even a “transgender guy.” And, that seems quite fine in the USA these days. No stigmas at all.

Nevertheless, fans of Tammy Slaton don’t seem happy with her interest in younger teens. On the funny faces and odd camera angle, that hurts nobody. It just seems a bit perplexing for her fans. So, if that’s what she wants to do, it seems like no big issue. What do you think? Sound off your thoughts in the comments below.