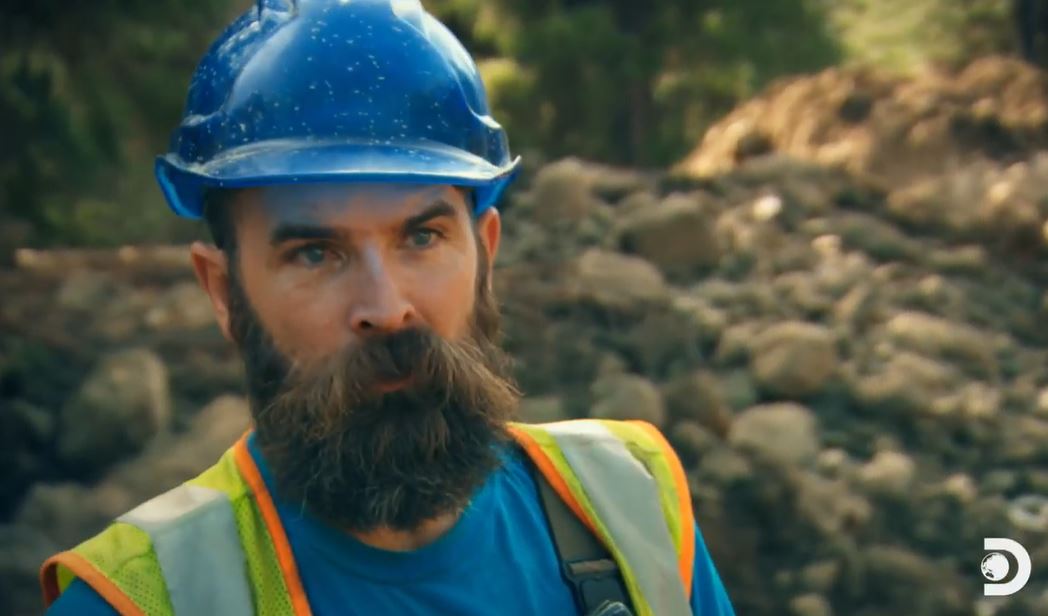 On tonight’s Gold Rush for Discovery, Fred Lewis is still struggling with his team of scrappy veterans and his claim he has not had much luck with, as of yet.

If you have been following along, the journey for Fred began with a robust bang, and has slowly but surely melted away like warmed up permafrost as problems within his ranks of war seasoned veterans has yielded an inaugural season as a gold miner that is not making any headway.

And as his mentor Parker Schnabel is doing well and raking in gold—as is Tony Beets and even Rick Ness, Parker’s former employee—Fred, a former medic and special forces veteran, is finding out that being a boss and managing men is a whole lot different than being Parker’s sidekick on a Gold Rush: Parker’s Trails, where we were first introduced to him.

The series makes mining look pretty easy: dig up dirt, dump dirt into wash plant and shake in a giant sluicer until the tailings separate from the pay.

And bingo, gold is found in the mats thank to gravity and motion.

In reality, it’s a huge manpower heavy initiative that requires a huge output of money, payroll, and patience and a keen sense of understanding how gold moves through mountains, rivers and gravitational erosion.  It also relies on a bit of luck and keeping machinery running.

What happens on Gold Rush with Fred?

In TV Shows Ace exclusive clip, we meet up with Alex Voight who is running the dozer, who says that team member Kyle Pletzke is working overtime. Kyle is former U.S. Army infantry who was injured in combat during a roll-over accident in Afghanistan where he had many broken bones including a shattered pelvis.

Alex says: “Kyle’s really having to work like a madman trying to keep up.  I kind of feel bad the faster I load the more tailings I make and, uh well, the more he’s got to work.”

Foreman and Air Force veteran Kendell Madden, who fans know is from mining royalty and counts Freddy Dodge as a relative, notes the three buckets of pay dirt is all that is left as Fred Lewis comes into the scene. Fred learns the dire situation from Kendell and Kyle, as the pay has run out.

Kendell notes that the pay dirt has been already processed through the machinery at the plant and that they must conserve fuel and to shut her down early. This news is soul crushing because everything’s working so far and back on track, but this is another hiccup in Lewis’ operation that has had personnel and equipment issues from the get go.

Kendell says: “We just don’t have pay because we don’t have the machines.”  Fred is given the details as the men all look defeated. To counter this setback, Fred proposes a new work schedule.

He says: “This sucks, you know, damn it… we’re gonna have to do something else…keep that Volvo running full time.” He adds: “We’re gonna do night shifts I think, that’s the only way to do it yeah stockpiling is day and night [to] keep the plant up and running.”

Fred explains the solve for the problem. He says: “I am gonna put you, Kendell and Alex, if you guys all have the most experience, give it a good week, let’s just do a whole week of night shifts and see how that helps. I have got to do something man. I have decided it was the best thing to do, was pretty much going to try and keep things moving constantly.  If we can stockpile enough pay and to get everything set so the night crew can run pull every bit of dirt out of here, we can.”